A compendium of information about Oregon places, Oregon people, and all things Oregon. More than 400 pages in length and with more than 160 illustrations—most of them historical photographs—The Oregon Companion is an essential handbook for travelers in Oregon, a vital valise of local lore for newcomers and visitors, and a delightful read for anyone with an interest in Oregon. (Timber Press, 2009) See More. | Get it On Amazon.

Eating It Up in Eden

A cookbook with a mission and a story. The recipes were contributed by members of Oregon families who have been farming or ranching on the same lands for more than a hundred years. The cookbook was created to mark the 50th anniversary of the Oregon Century Farm & Ranch Program, which commemorates these families’ contributions to the state’s agricultural life. (White House Grocery Press, 2009) See More. | Get it On Amazon 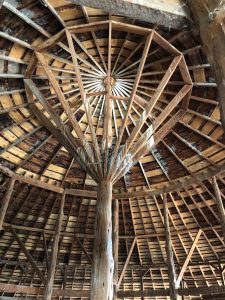 A web publication of the Oregon History Project for the Oregon Historical Society. Released in 2005, this is a narrative architectural history with numerous annotated illustrations that are suitable for downloading for educational purposes. See More (leaves site)

A history of the fascinating southern Oregon gold-mining town of Jacksonville, a National Historic Landmark noted for its vernacular architecture. It was published in 1980 by the Southern Oregon Historical Society; a revised edition was issued in 1990. It is out of print, but is widely available through used book dealers. Get it On Amazon.

An unpublished graduate school research paper done at the University of Oregon. Barber was a Tennessee architect who sold house plans by mail from the 1890s into the 1910s, including landmark structures in Jacksonville, Drain, Klamath Falls, and other towns. Available online through the Internet Archive. See More (leaves site) 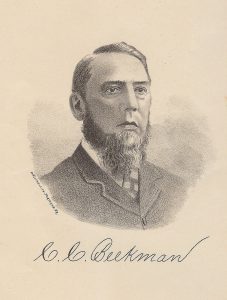 Numerous entries in the online encyclopedia maintained by the Oregon Historical Society.

Shanghaiing in Portland and the Shanghai Tunnels Myth