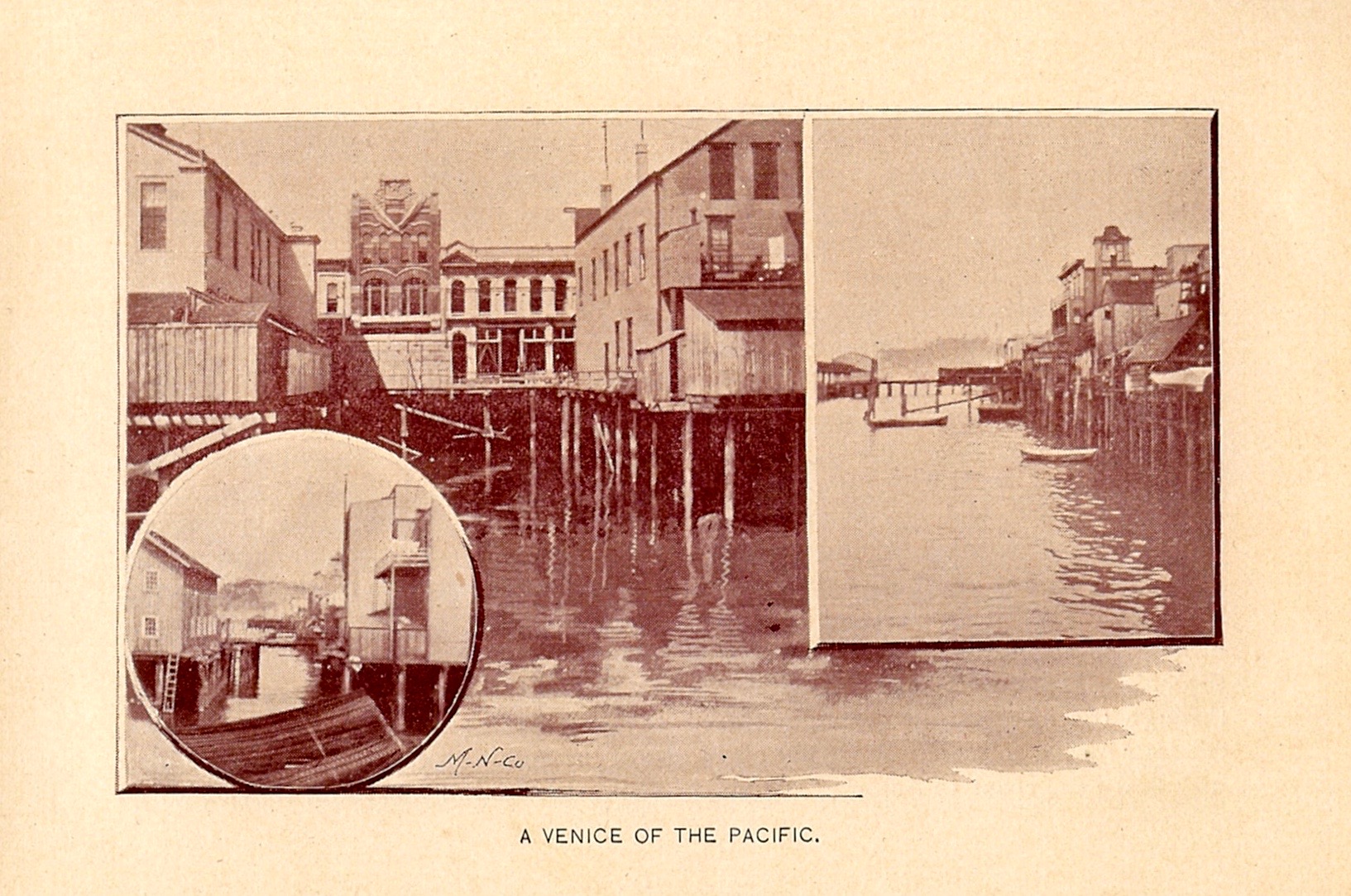 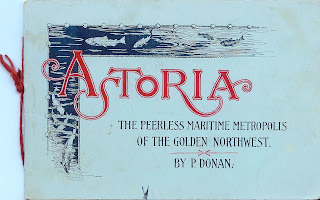 This 34-page booklet was published about 1892, written by a prolific publicist of the West, one Patrick Donan. “The Peerless Maritime Metropolis of the Golden Northwest” was to be Astoria — once Astoria got  a railroad. A brief and somewhat lurid account of the place of Astoria in western American history leads to a description of the place “as it is to-day,” a “cosmopolitan” city where one will find every kind of person from “Piccadilly swells and Fifth Avenue dudes, to Norwegian loggers, Finlander boatmen, Chinese mandarins, Chinook princesses and Clatsop clam-diggers.”

The nineteen fish canneries, the “miles of wharves, docks and warehouses,” the sawmills and ironworks, the electric lights and the electric streetcars, are portents of greater development. For Astoria “will be, it must be, where river, rail and ocean meet; on the ocean, and not inland. God and Nature have done everything to make Astoria the mighty commercial emporium that [John Jacob] Astor planned.” Ah, there are the immense forests, “as yet untouched by axe or saw,” and the “exhaustless quantities” of coal, all at Astoria’s door. When the railroad comes, all this and more will be turned to industry, to commerce, to money. 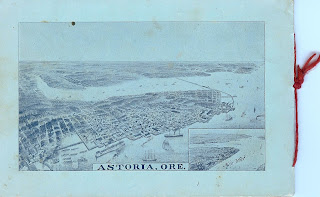 The railroad finally came, in 1898. In the ensuing years, the forests were cut, the fish were canned. But Astoria never became the New York of the Pacific, never became the premier Pacific port, as Donan insisted was inevitable. And after all his insistence may have been paid for, by some of those who stood to gain if the city usurped San Francisco. The power of positive thinking has its limits.