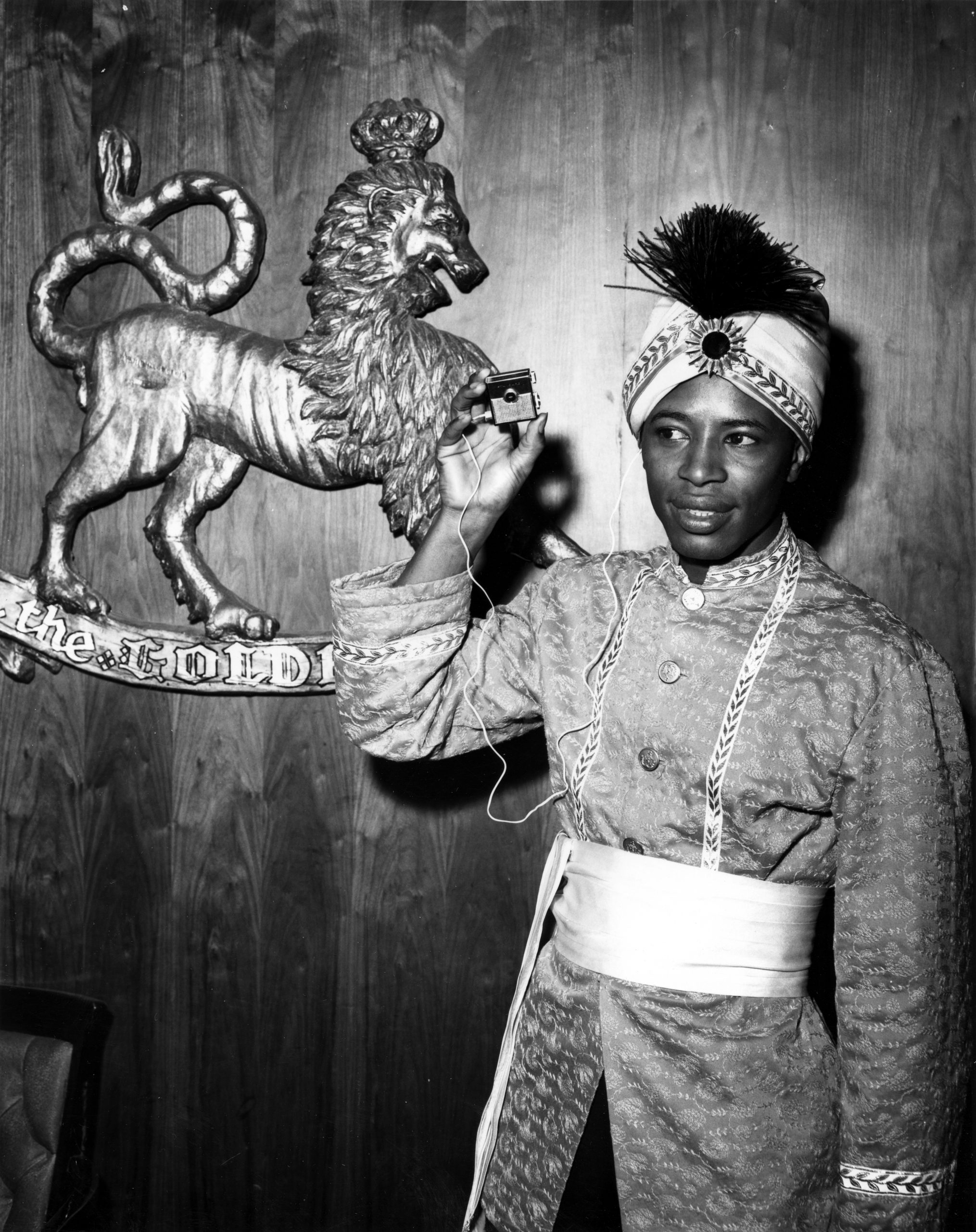 The year 1959 marked the centennial of Oregon’s statehood, and the occasion pushed restauranteurs to expect a wave of travelers coming for the doings. The 1950s were a time before Yelp and TripAdvisor, a time when it was not easy for travelers to find information and advice about local restaurants. Seizing the opportunity, John A. Armstrong, editor and writer for the Portland Oregonian newspaper, issued a 48-page booklet titled Dining a la Oregon: A Guide to Eating Adventures in Oregon Restaurants. 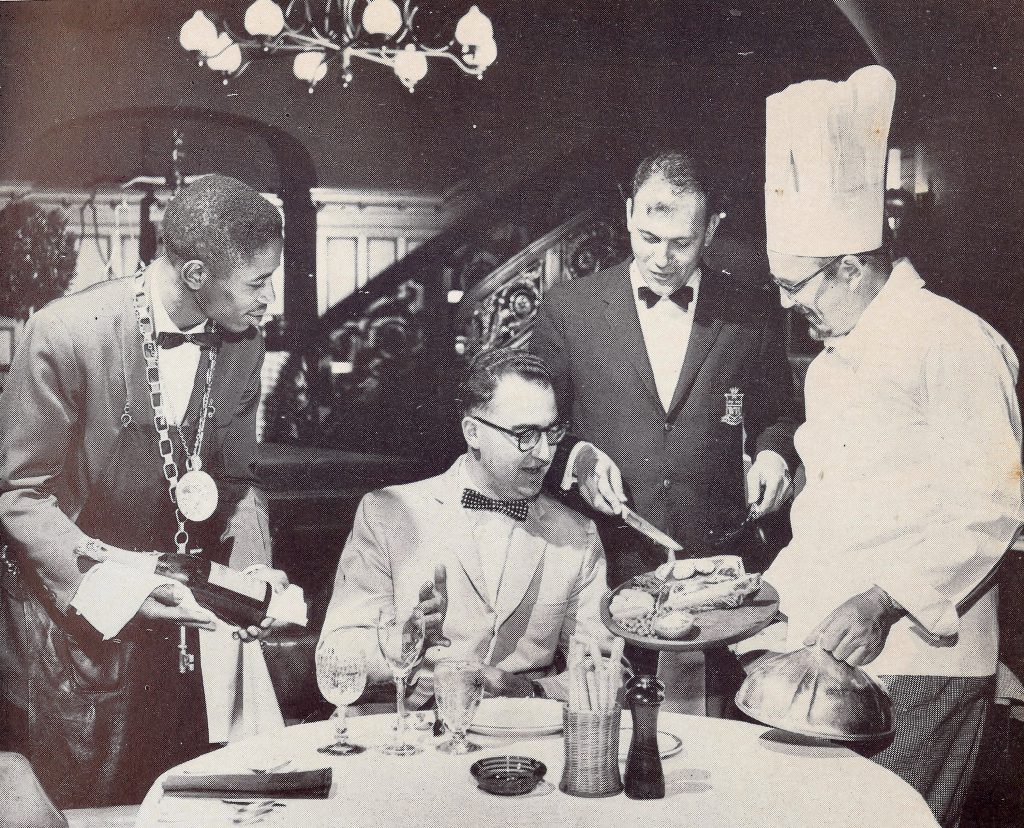 This was perhaps the first Oregon restaurant guide. It was heavily, and understandably, Portland-centric, and the short reviews were glowingly descriptive, entirely positive, and each was capped with a recipe from the restaurant. At the end of the booklet there was a photograph of John Armstrong at a dining table, posed at the Benson Hotel’s London Grill with the chef, Henry Hodler, restaurant manager Oswaldo Llorens, and wine steward, Orthel Lathan. The noteworthy aspects of the photo were that it showed that Oregon had at least one wine expert in the 1950s, and that this young steward was African American.

I wanted to find out more about Orthel Lathan: what was his background, how had he arrived at such a position, at such an apparently young age, and where he had gone. Once again, I wanted a biography to help me understand Oregon’s foodways. So I began to research Orthel Lathan.

Orthel was born on March 18, 1935. The 1940 census puts him in the tiny Illinois farm town of Unity, located about 15 miles north of Cairo at the confluence of the Ohio and Mississippi Rivers. The Lathan family consisted of Brozie and Ida, their eight children (4 boys, 4 girls), and a grandmother. World War II brought the family to Vanport, and to Portland after the 1948 flood that destroyed Vanport.

The next reported appearance of Orthel is in 1955, when the Oregonian announced that Mr. and Mrs. Orthel Lathan, residents of 1806 NW Marshall Street, were the parents of a son, Michael, born on May 26. The May 29 edition of the newspaper noted Orthel’s graduation from Jefferson High School.

Lathan apparently soon came to the notice of Carl Werner, the Pacific Northwest representative of the Wine Advisory Board, which promoted California wines. An article in the Oregonian in 1963 states the Werner “trained most of the wine stewards in the Pacific Northwest”—not that there were very many of them in that era of martinis, Harvey Wallbangers, and Blitz beer. 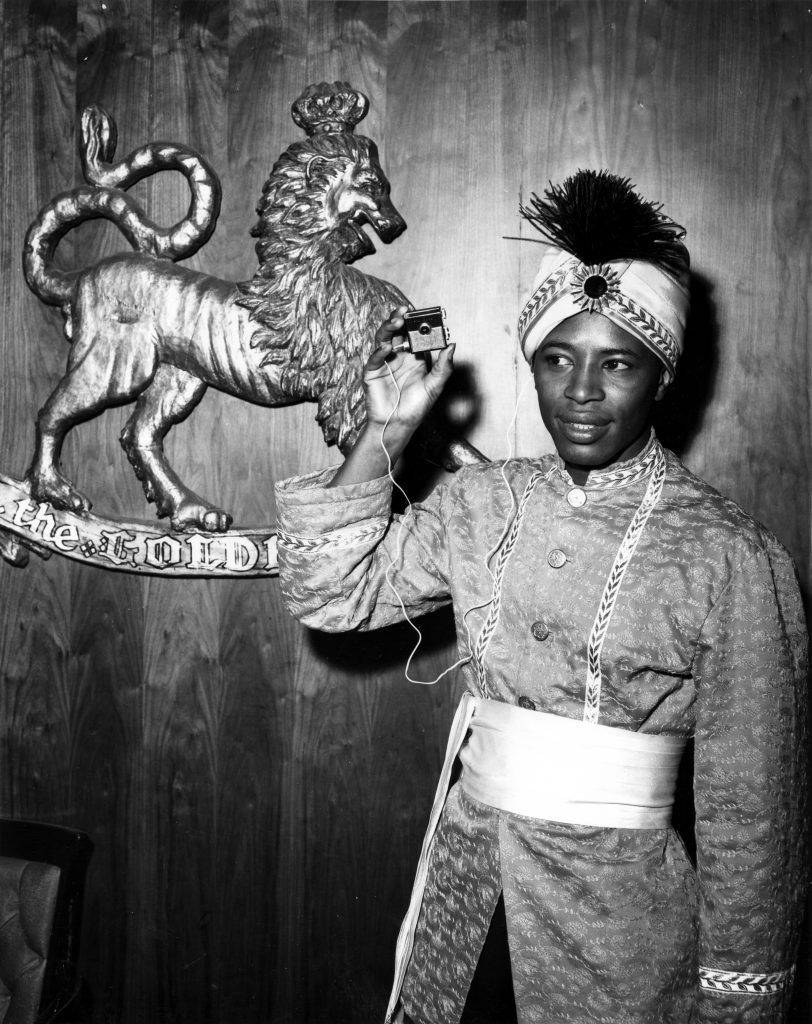 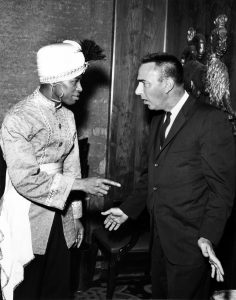 In 1960, Lathan moved to Seattle. Here he became the head waiter at the “plush” Golden Lion restaurant  in the Olympic Hotel; the Benson and the Olympic were both managed by Western Hotels. The two photographs shown here depict head waiter Lathan at the Golden Lion, costumed as an East Indian servant in the British Raj of the nineteenth century. The 1950s and 1960s exhibited a minor fad for such costumery, following in the steps of Ernie Byfield’s Pump Room in Chicago; the fad included a menu with flaming shish kebabs on swords as well as British colonial pomp and servitude.

Edward Carlson, head of Western Hotels, was involved in planning the 1962 World’s Fair in Seattle, and Western Hotels operated the revolving restaurant atop the Space Needle from 1962 until 1982. The Eye of the Needle restaurant opened with some 400 employees, “headed by 32 Western hotel captains, gathered from all over the chain. Captains were trained in wine service by Orthel Lathan, the London Grill’s former wine steward, and Carl Werner of the California Wine Advisory board.” “Orthel Lathan, a protégé of Carl Werner, Wine Advisory Board Field Representative in the Northwest, trained the restaurant in wine service,” reported the Sonoma West Times and News of Sebastopol, California.

The Oregonian reported in 1963 that the “internationally famous wine connoisseur, Alexis Lichine,” said the there were two outstanding sommeliers in the Pacific Northwest. “One was Orthel Lathan, who served so well at the London Grill that he became a port of call to all wine experts visiting Portland.”

Still in Seattle in 1970, Lathan wed again, to Marion Browne, and a girl was born to them in 1973. I found no mention of him again until his name appeared as the maître d’ in an ad for a buffet Thanksgiving at the Inn of the Golden West in Odessa, Texas, in 1981. A few weeks later, he married Judith Ann Doyle in Odessa. In 1984, he was a manager at the Odessa Country Club restaurant.

Orthel Lathan died December 25, 1991, in the tiny town of Travis, Texas, about 95 miles northeast of Austin. Here is his obituary, published in the Austin American-Statesman and the Odessa American.

There will be a memorial service at a later date in Seattle, Washington.

So ends this story of a pioneer Oregon sommelier. I hope that posting this may elicit some additional information on Orthel Lathan. And here is an odd postscript. The Black actor Greg Morris (1933-1996), who starred in the television series Mission Impossible and Vega$, came west in 1960 after college in Iowa to take a summer job in a Washington lumber camp. “But he wound up as a wine steward—’with a sommelier’s key and chain and the whole bit’—at the Olympic Hotel,” according to Judy Klemersrud in the New York Times. Did Carl Werner of the Wine Advisory Board play any part in this incident?