… and then what happened?

… and then what happened? 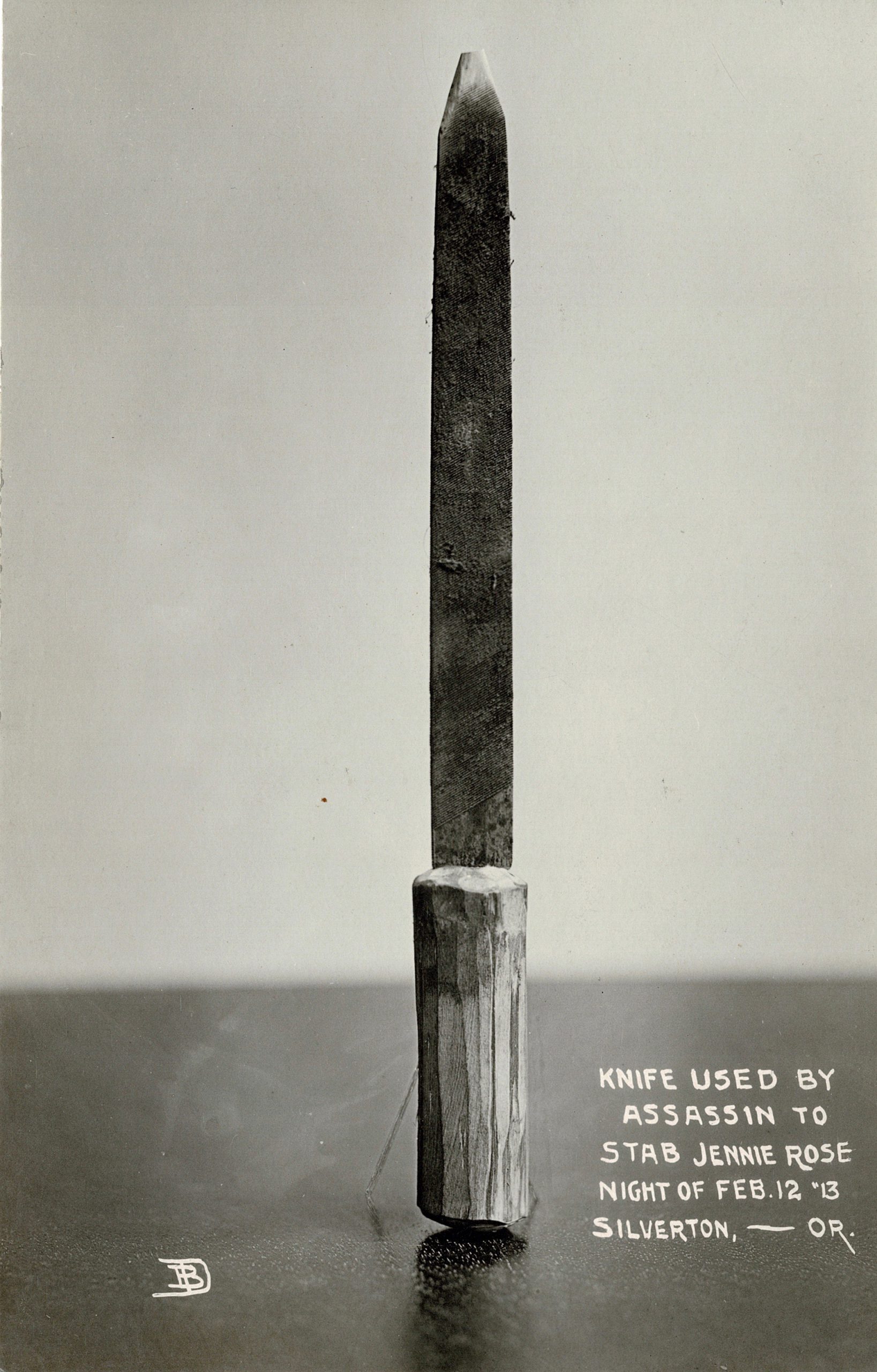 My modest collection of postcards includes a number that came to me because they were in the Engeman family house in Silverton. After the death of Uncle Ted in 1994, my sister Laural and I inherited the house, and among the items that we did not put up for auction were an assortment of postcards. Most of them were what is know as “RPPC” cards: real photo post cards, in the lingo of collectors. Most of them were taken by the well-known Silverton photographer, June Drake; June used the business name Drake Brothers long after his brother left the firm. A number of the postcards were of family members, but most were of Silverton, the numerous Silver Creek falls (he was instrumental in the creation of the state park there), and local topics.

One of those odd items is this: a knife, “used by assassin to stab Jennie Rose [the] night of Feb. 12,” 1913. So I went to newspapers.com to see what I might find about this criminal episode. This is what I found. It’s not much, is it? I found myself muttering, “and then what happened?” 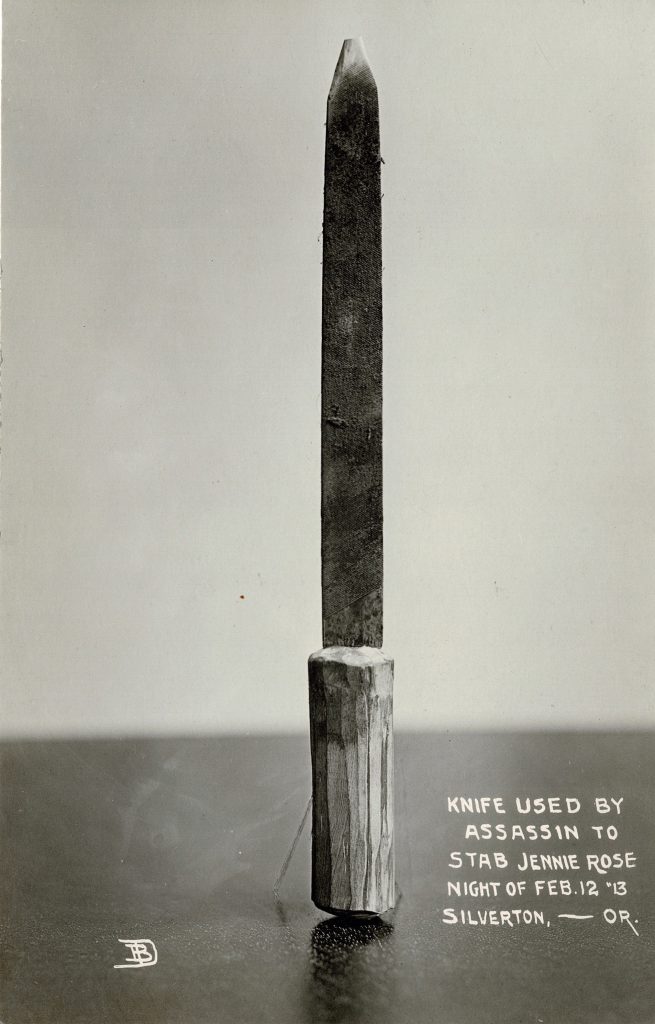 HAS THIRTEEN KNIFE WOUNDS IN HER BODY

SHE WILL NOT TALK OF IT

Jennie Ross [sic], a young and pretty Italian girl, residing in Silverton, was assaulted by an unknown man last night and is today lying on a cot, in a Salem hospital with thirteen knife wounds in her body. She will recover.

The story implicates an unnamed suitor who was said to have assaulted her in Eugene at a previous time, but she “would not give his name or furnish any information whatever.” The Portland Oregon Journal also reported on February 13, adding details about how she was at the time tending her two little brothers, “the eldest 10 years old.” The Salem Statesman-Journal of February 14 notes that this was because “The mother of Miss Rose is in a hospital at Portland and the girl has been staying at home, keeping house for her two little brothers.”

The final item I found was from the Eugene Daily Guard of February 15, where it is reported that Peter Epsino, who was identified as the attacker of Jennie Rose in Eugene a year previously, was in Portland and had an alibi for the time of the attack on Jennie Rose. He was identified as “a former lover of the girl and lived with her family for several years” who “broke down and wept” when he was charged with the crime. Apparently, he was not charged, and he went to her in the Salem hospital “at his own expense” to see her.

The Daily Guard also noted that Jennie Rose’s attacker wielded “a file ground to a fine point.” Neither this description nor the one of the weapon as a penknife aligns with the Drake photo.

Now: what happened? We don’t know. Perhaps Rose harmed herself, under the stress of her mother’s hospitalization. Perhaps there was an unknown assailant. Perhaps. Lacking more information, we can only wonder.

So many things to wonder about.