Winnemucca on the Humboldt

Winnemucca on the Humboldt 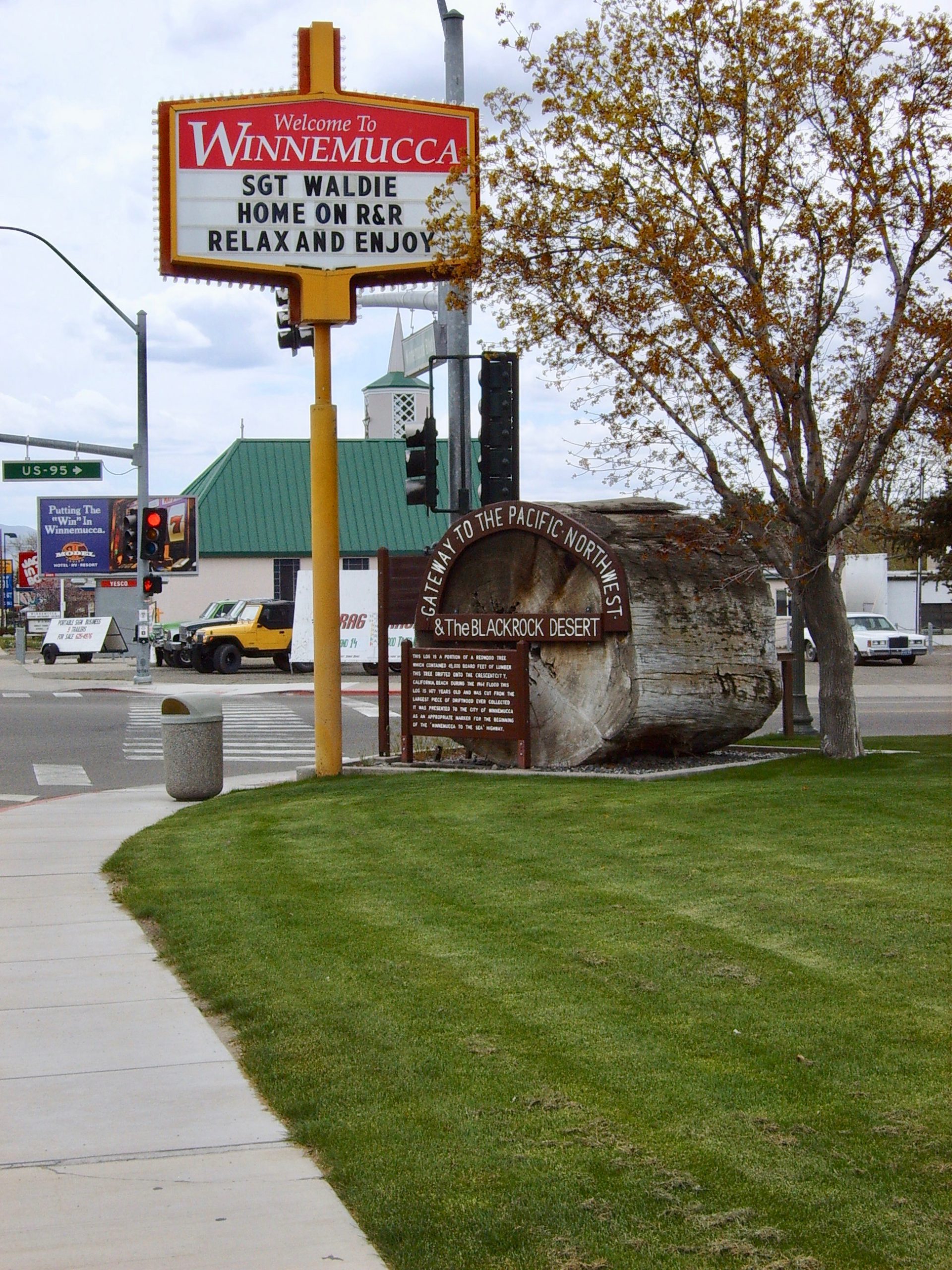 We’re back now from the 330-mile drive to Lava Beds Road near Diamond, Harney County, Oregon, for  Mother’s Day with Terry’s folks. The waters are rising again in the Harney Basin, and water laps at the edges of the roads. One day we visited Terry’s sister Andrea about 30 miles away; she loaded us up with jars of her amazingly good pickles, pickled asparagus, pickled peppers, jellies, pickled beans, and elk pepperoni. And two live roosters.

The roosters joined the Jess flock of chickens and pullets; the next day, however, one of them again took a long ride, as we set off for one of the region’s major social events, the annual meeting and barbecue of the Harney Electric Cooperative. HEC provides electric service to some 20,000 square miles of southeastern Oregon and northwestern Nevada. The annual meeting this year was held in the community hall at Denio, Nevada, just over a hundred miles from Diamond. There’s lots of food, a business meeting and voting, and a pile of door prizes.


Terry’s aunt and her husband live in Denio, and they wanted a rooster, hence his 2-day,130 mile luxury auto ride. Rooster delivered. We then left Terry’s folks at  the community hall and drove ourselves 103 miles to Winnemucca, Nevada. Why, you ask? Because it’s there! It has a fabulously evocative name. I wrote about Paiute activist Sarah Winnemucca in The Oregon Companion. Mother Mucca was a memorable character in Armistead Maupin’s Tales of the City. 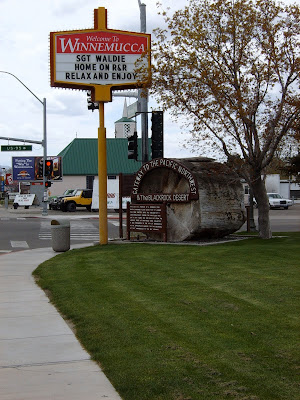 And then there is the Winnemucca-to-the-Sea Highway. I wrote it up in The Oregon Companion, too. It must be one of the oddest highway conceits in the West: a spur from Interstate 80 to the Pacific shore. The W-to-the-S is cobbled together from 7 different federal and Nevada, Oregon, and California state routes, mostly a two-lane highway with some very perilous passes. It terminates in Crescent City, an abysmally mundane town with a population of about 7,307, of whom 3,301 are inmates of the Pelican Bay State Prison. The highway was formally dedicated in 1962 when the 117 miles from Lakeview, Oregon, to Denio Junction, Nevada were finally paved. So I always wanted to see the origin of this highway. Here it is, marked and adorned with a bit of California redwood that drifted ashore at Crescent City after the 1964 Eel River floods. 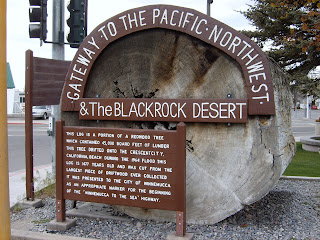 We had lunch in Winnemucca at a Basque restaurant, but they only served Basque food at dinner. After lunch Terry bought a Wrangler shirt. The 1921 Humboldt County courthouse is a modest but fine structure in the Classic Revival mode, and there are a few 1910s boarding houses and residences of interest. Soon we headed back to Denio and picked up Terry’s folks, who were by then socializing on the front porch of the Diamond Inn Bar, conveniently adjacent to the community hall. Back home, past the Peublo Mountains, a stop at Fields, past Home Creek Ranch and Roaring Springs, through Frenchglen, over the Diamond-Hay Camp Road to Lava Beds Road. About ten hours, all told: a great day.