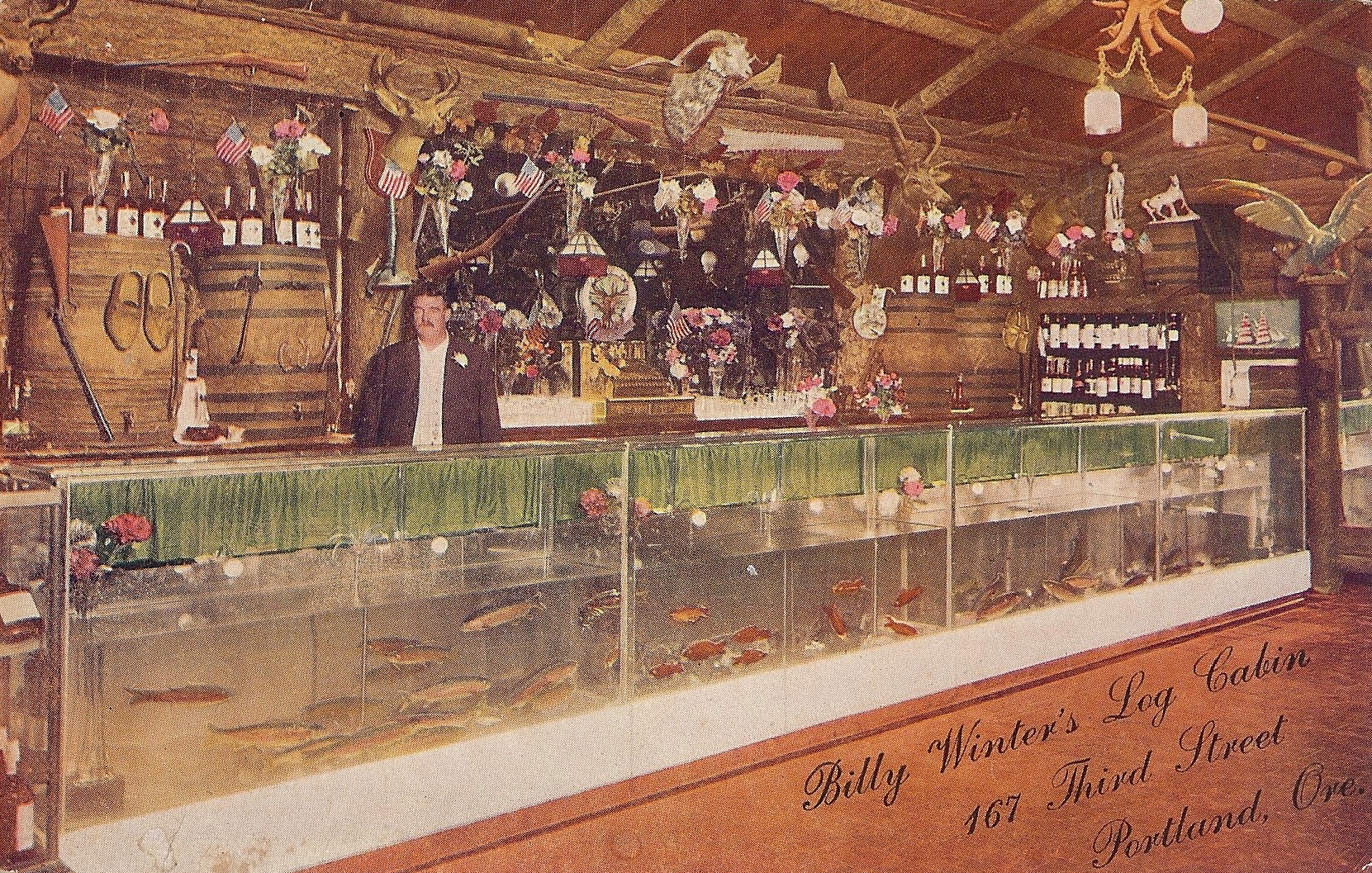 This was the headline of an Oregonian article on October 17, 1904, reporting the theft of a diamond, some rings, and a $1,200 wad of cash from the safe of the Log Cabin Saloon, Billy Winter, proprietor. (Although Winters appears now and again, Winter was probably his name.) The alleged culprit was his head bartender, one William Thompson, “who is well known among a certain class of Portlanders.”Thompson had closed up the bar early that night, “saying that he was feeling too ill to work”; “he appeared to be nervous.”

It was deduced that Thompson had probably scarfed the goods and hopped “the 11:45 o’clock Northern Pacific train for Seattle. Not the slightest trace of him can be found.”

Very often it is only the chance happenstance of crime or disaster that brings a name into the newspaper, and in so doing enables us to get a bit more of a line on ordinary people and their activities. Had Billy Winter not been robbed, it’s very likely there would be little information remaining today to give some context to this rather unusual postal card view.

As it happens, Billy got a reprise two decades after the big heist: on April 12, 1925, the Oregonian did a full-page spread on a retired Portland police detective, Joe Day. Joe had a hand (or two) in many a notorious local crime since the late 1870s, and one of them had been the capture of William (though his real name, apparently, was John F.) Thompson. Joe Day had managed to track Thompson to San Antonio, Mexico City, New Orleans, Montreal, Edinburgh, and, finally, Liverpool, where Thompson was arrested in the summer of 1907. At the personal behest of Billy Winter, Day made the trip to England to bring back Thompson, and in the course of things, courtesy of a colleague at Scotland Yard, he met King Edward VII. The trip back to Portland with the fugitive was fraught with more drama, as Thompson jumped from a moving transcontinental train near Cheyenne. Recaptured, he was penitent; he averred that “A finer man than ‘Billy’ Winter, with the exception of Mr. Day, does not live. He paid me well, trusted me implicitly, and I did him dirt.” Thompson was sentenced to four years in the state penitentiary.

Did the Log Cabin serve more than drinks? Fish, perhaps? And why was there a diamond in the safe?