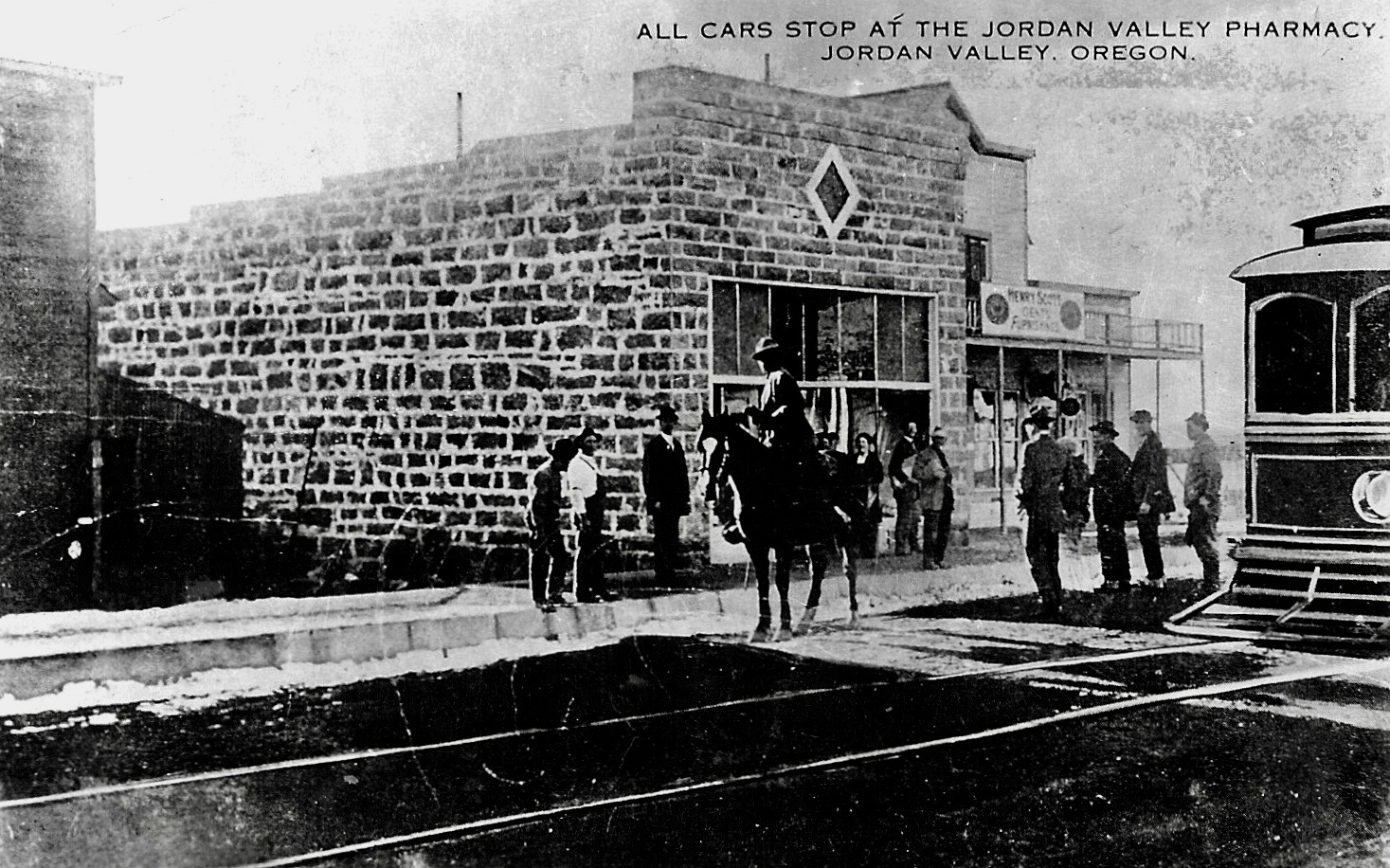 Here is what collectors call a RPPC–a “real photo postcard”–depicting a street scene in Stanford, Montana, postmarked June 9, 1913. It looks a little funny, doesn’t it? The streetcar seems to be kind of disproportionally large, and the trolley pole appears to be drawn in with heavy ink.

Yes, the postcard is a real photograph of the main street of Stanford, and that is a real photograph of a streetcar–but the streetcar photo has been carefully cut and pasted onto the street scene. The penciled scrawl says, “Not yet but soon.”This is a booster postcard, promoting the future metropolis of Stanford, so up-to-the-minute that it has streetcars. In 1910 the growing Stanford district had a population of 1,176; but prosperity did not continue, and the town’s population today is less than 800. It never had a streetcar. 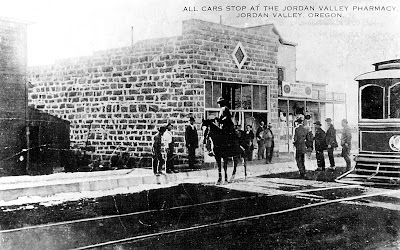 I recently ran across another RPPC with a faux streetcar on eBay. This image is of Jordan Valley, Oregon; “all cars stop” = all streetcars stop. This card is most likely a novelty item, for the remote sheep ranching trade town of Jordan Valley never had a reason to aspire to the status of Stanford, which is a county seat town on a mainline railroad line in a prosperous farming area. In the 1920 census, Jordan Valley had a population of 355, and like Stanford it has seen a decline since then, to about 230 people today.

There was a brief period from about 1905 to 1920 when streetcars represented the acme of metropolitanism, and postcards were the modern way to send a quick note–they were the Tweets of their day. If your town lacked a streetcar, you could still hope one might arrive, or you could admit to living in a small place and make a joke of it. In any case, it pays to advertise.