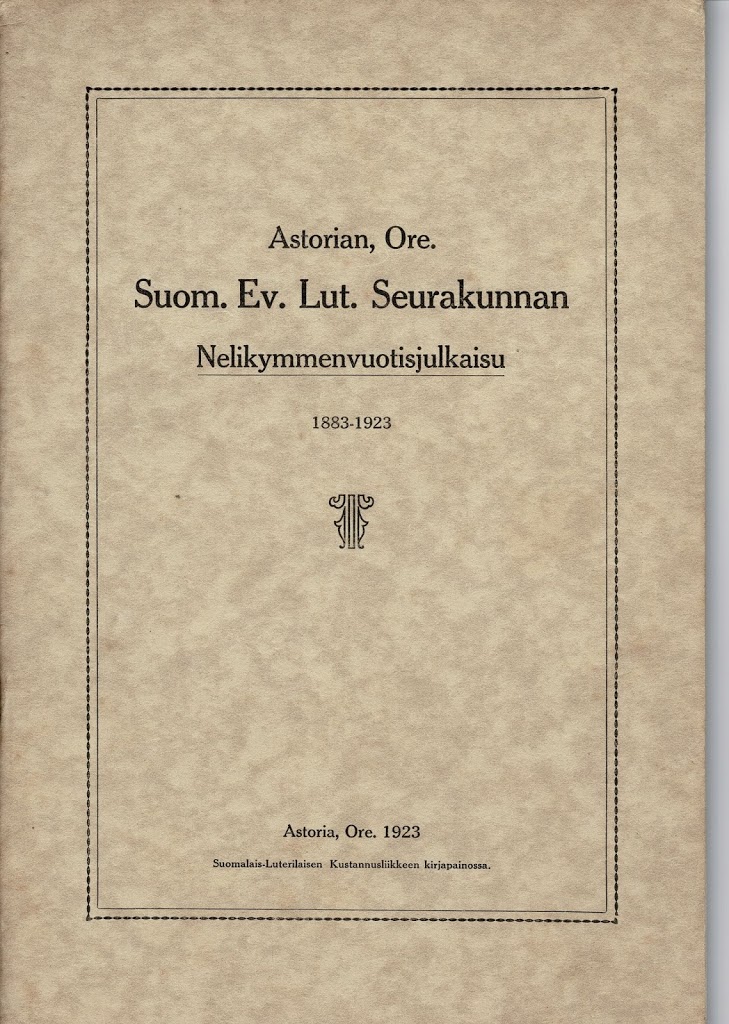 Over Labor Day weekend, I once again I found myself in Astoria aboard a cruise vessel, the American Spirit, once again as a guest speaker. This was a special themed cruise, a fact I discovered two days before I boarded the ship, and the theme was “Food and Wine.” For that reason, we had a celebrity sommelier aboard, too, Reggie Daigneault from Seattle, and she was a whirlwind dispenser of excellent wines and wine lore for the entire week. As it happened, I had available a newly-prepared presentation on Pacific Northwest food history in my repertoire, so that complemented the “theme.” I gave five presentations in all.

Astoria was our first port after leaving Portland, and I took the opportunity to have a fine lunch-time visit with Warrenton high school friend Terry (Enke) Arnall and her husband Doug and son George. I also had time for a little shopping in Astoria, and I spent it all at a small antique and collectibles shop that was having a sale on account of a planned closure soon. All kinds of wonderful oddments were there, at splendid prices! Among the finds were some peculiar postcards, a history of the Finnish Evangelical Lutheran Church in Astoria (1923, in Finnish, which of course I cannot read), and two first-day-of-issue mailings of the 4-cent postage stamp commemorating the Oregon statehood centennial in 1959. The postcard of the Jersey Lilley turned out to be an advertisement for a Western-themed bar and grill that opened in 1960. I also discovered that the Jersey Lilley is still in business in the same location, and is locally noted for its “frog burger.” It seems that the bacon strips on this burger stick out in a way that suggests a frog’s legs. To someone. 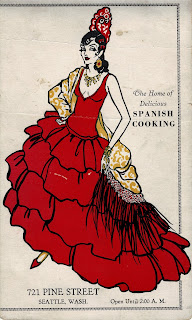 But my favorite find was a menu, circa 1935, from Cook’s Tamale Grotto in Seattle, “the home of delicious Spanish cooking.” It joins a miniature menu I have from Cook’s, circa 1925, and which I wrote about in an earlier blog posting. Cook’s opened in downtown Seattle in 1921, and seems to have endured until the late 1950s. While this later menu has pared down its Chinese offerings, there remains an uncertainty about whether or not Spanish and Mexican are interchangeable descriptors. Ah, well, the artwork, though basically the same, is of improved delineation!

En route, got a splendid view of the crater of Mount St. Helens, and visited wineries at Woodward Canyon and L’ecole No. 41 near Walla Walla. Lots of good food and wine, of course, and some pretty ebullient and friendly passengers to share it with. 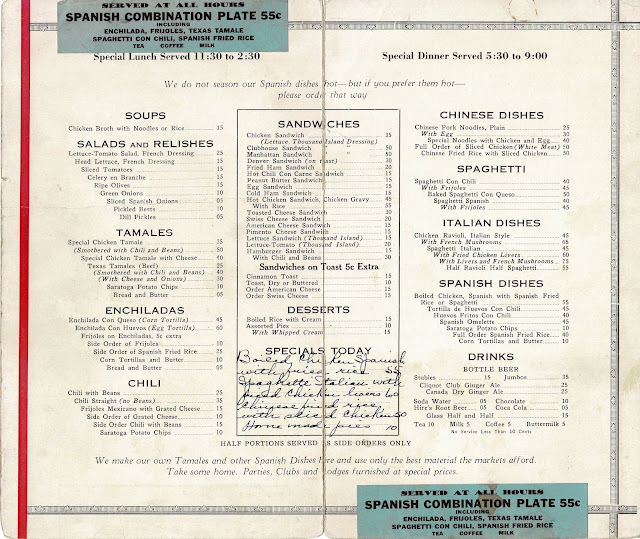