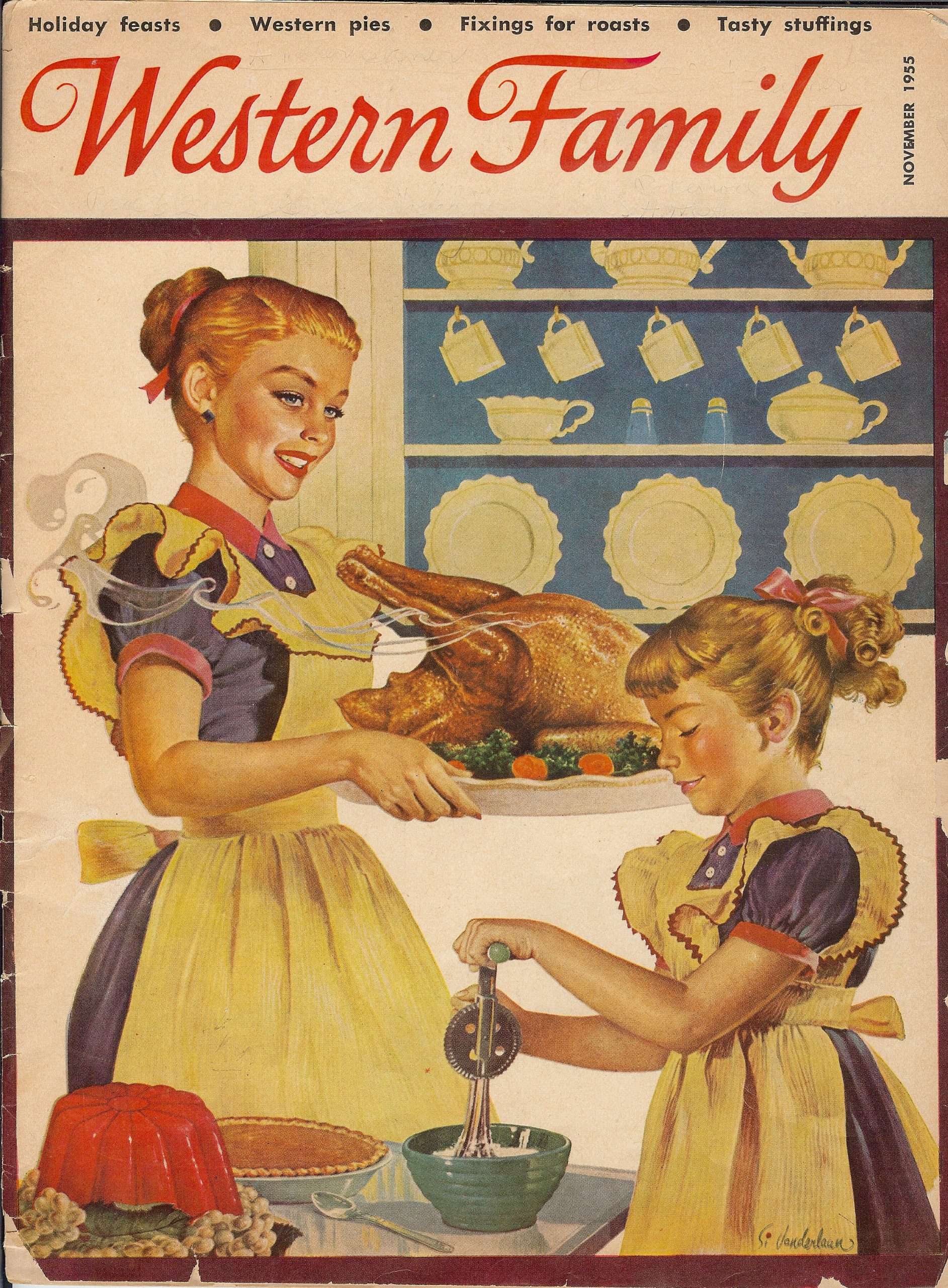 Last year I commented on a nearly-vanished Oregon regional food product: the turkey (“The Rise and Fall of an Oregon Fowl,” November 23, 2010 posting). Sixty years ago, Oregon tom turkeys had cachet, and the term appeared on restaurant menus as a proudly local offering.
I went to my neighborhood New Seasons Market yesterday to order a Thanksgiving turkey. Though New Seasons is a dedicated promoter and seller of local foodstuffs, their turkeys — free range and/or organic and/or heirloom variety — will all come to us from the Sierra foothills of California.
California and the foods grown there have a long history of being widely sold and consumed in Oregon. (Of course, we have also long sent California apples and pears and potatoes, too.) California’s impact on Oregon has a long history. Consider Sunset, a San Francisco-area based magazine that has been widely read in the Pacific Northwest ever since it absorbed Portland’s Pacific Monthly magazine in 1911. The food advertising in Sunset, the recipes for homemakers and the recipes from men “chefs of the West,” the articles about outdoor barbecues and indoor-outdoor living spaces, have all been highly influential on many western Oregon and Washington residents.

Here’s a bit from a shorter lived, but more focused, California publication. Western Family (ca. 1940-1958) was published in Los Angeles; it appears to have been distributed through independent grocers. There is likely some connection with today’s Western Family Foods of Tigard, although I was unable to find it in an online search. In any case, copies of the  magazine are easily found, and they are stuffed with food advertising, mostly for West Coast firms. On the one hand, there are a few West Coast firms marketing West Coast products, such as Del Monte canned green beans. On the other hand, Oakland, California-based Gerber baby foods does not get the bananas for its strained baby food from California growers.

Here’s an ad of mixed goods: PictSweet, the frozen food division of the national brand Stokely-Van Camp (which then specialized in canned goods) was situated in Mount Vernon, Washington. Or so this advertisement says. And the implication is that the frozen PictSweet vegetables were grown in the vicinity of the Skagit River Valley.
But wait: PictSweet, according to their website, was founded in Tennessee in 1945 and has been there, family owned and family operated ever since. The history of food processing operations is complex and, it appears, largely unwritten and undocumented. But the ads in publications such as Sunset and Western Family do tell us that, even fifty and sixty years ago, most of the foods used by Pacific Northwest cooks traveled hundreds, even thousands, of miles from field to kitchen.

On the other hand, locally raised wheat once did get locally milled into flour throughout our region. Today, it’s tough to find (and don’t let the brand name Pendleton fool you, either).