A Taste of Oregon for the Folks in Peoria

A Taste of Oregon for the Folks in Peoria 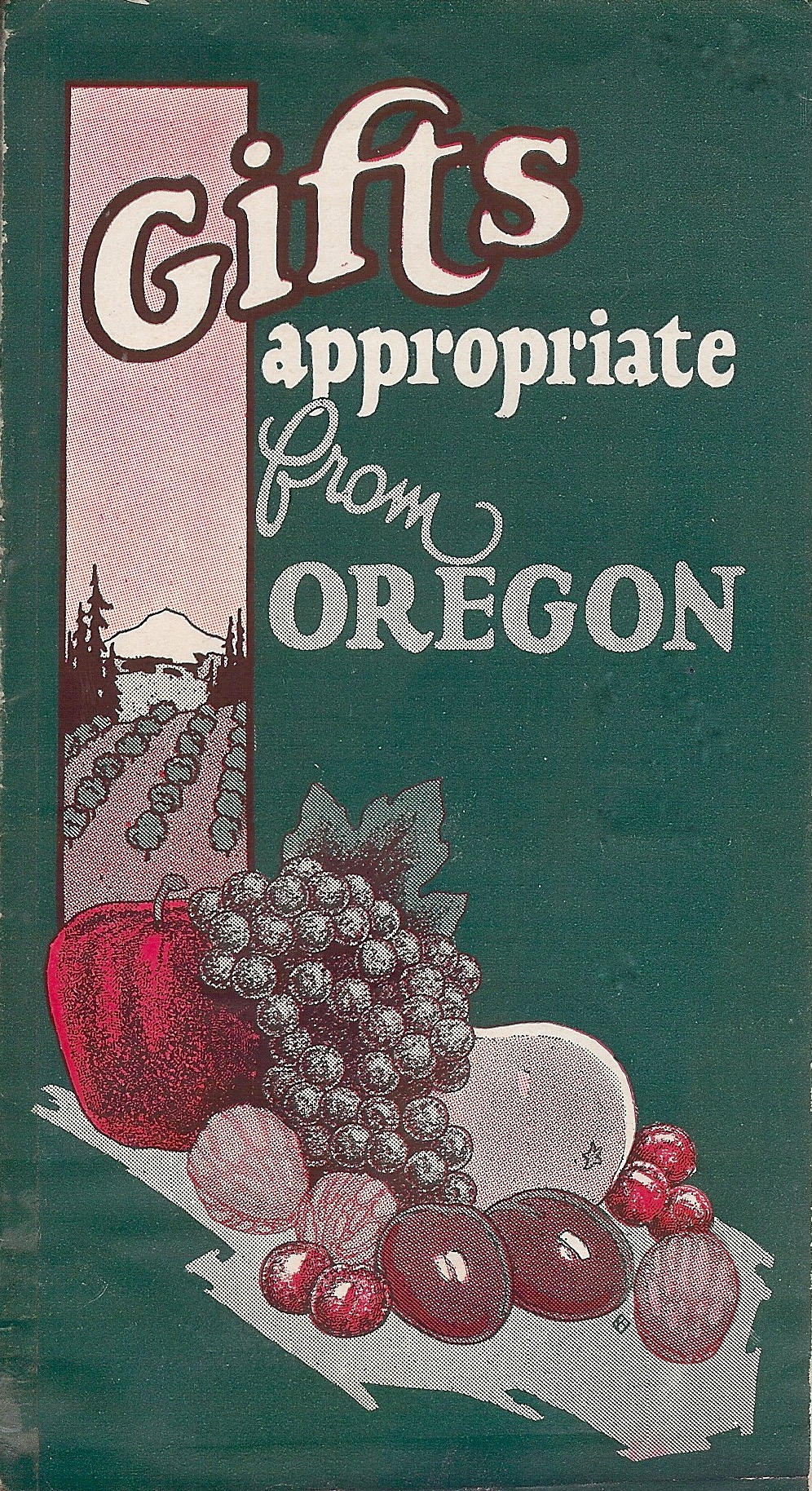 Note for those concerned about the recent disrespectfulness of abbreviating Christmas as Xmas: Seely Dresser, the high church grocers of 1920s Portland, blithely referred to their offerings as Xmas gift packages. 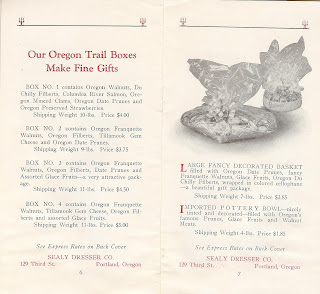 Seely Dresser packaged its own Oregon Trail brand walnuts; the Franquette walnut variety had been heavily pushed as a commercial crop in the 1910s, and in the 1920s Oregon was the second largest producer of walnuts. (It still is; however, California now supplies more than 99% of the nation’s output, so it’s hard to boast about Oregon’s contribution.) 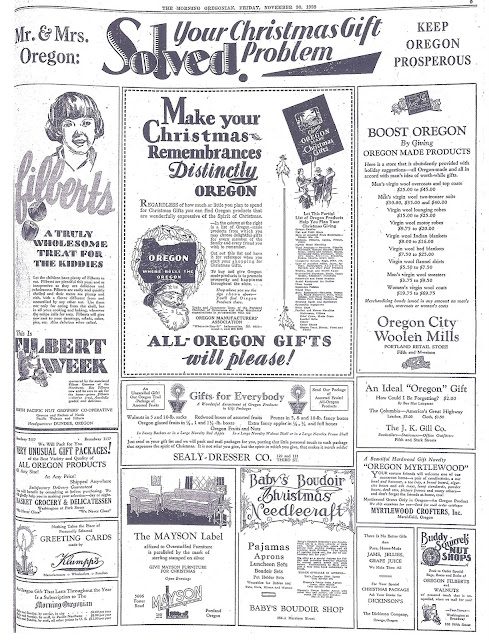