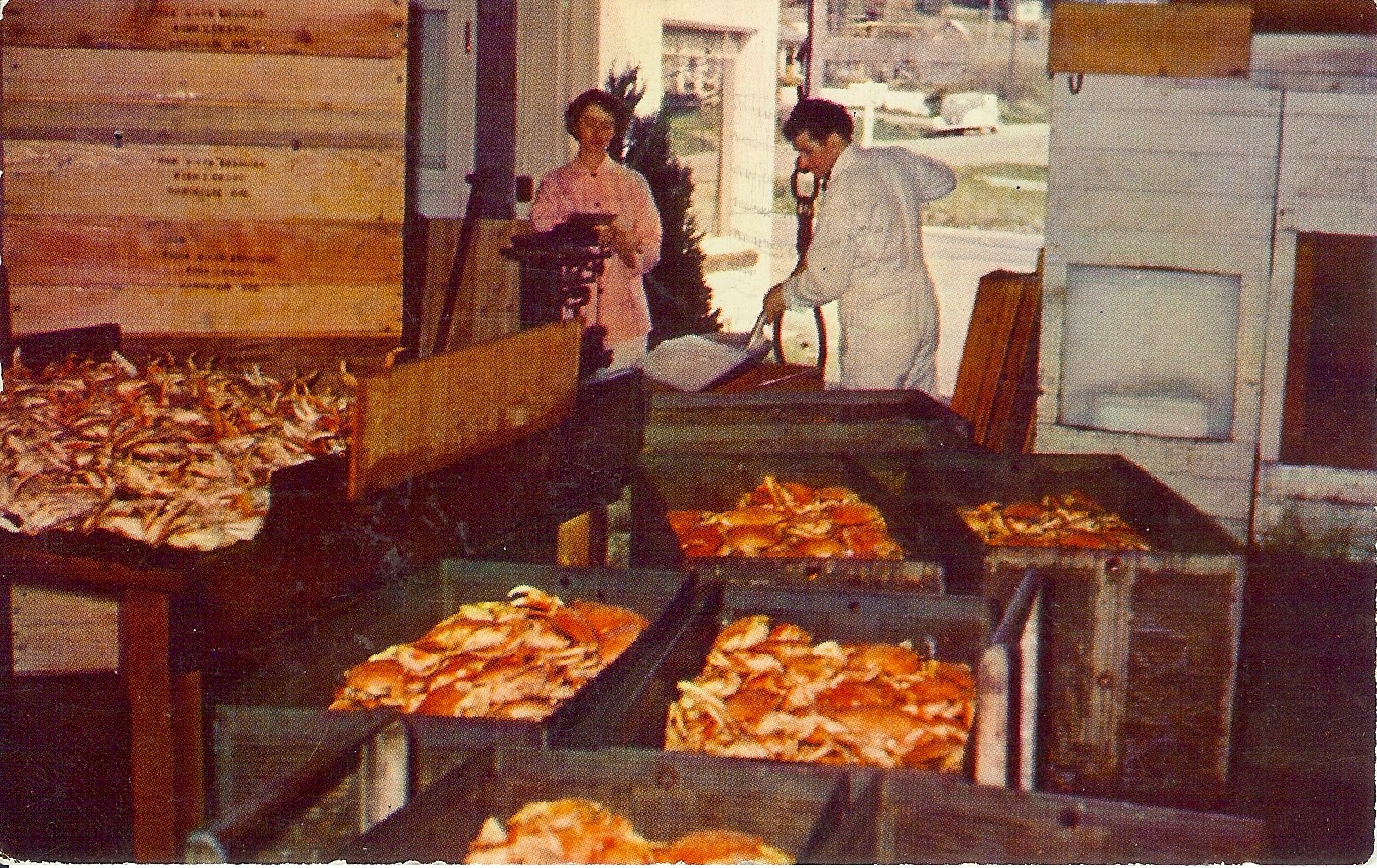 The origin of the crab louis was briefly outlined here last year. Among the sources cited there were the second (1914) and third (1932) editions of The Neighborhood Cook Book, compiled by the Portland Council of Jewish Women. Notably absent was a reference to the first edition of 1912–because I didn’t  have a copy of it. Now, thanks to a lucky find at a shop in Baker City, I have one.

On page 181 is indeed a recipe for Crab Louis. While the dressing is not mayonnaise-y, it is piquant:

This recipe pre-dates that published (1914) in Bohemian San Francisco by Clarence E. Edwords and attributed to Solari’s restaurant, and is the earliest published crab louis recipe I have found so far, under that name.

However, on page 84 of The Neighborhood Cook Book is another recipe that comes a lot closer to describing a crab louis, with respect to the sauce, as well as to the crab being in “large pieces.”

Crab a la San Francisco
Take out the meat of a large cooked crab in as large pieces as possible–put in cocktail glasses and, just before serving, pour over it the following sauce: One cup cream, half cup tomato catsup, one tablespoon Worcestershire sauce, salt and paprika. Let stand on ice for at least two hours. This will serve six people.

So perhaps we have to point back once more to San Francisco… .