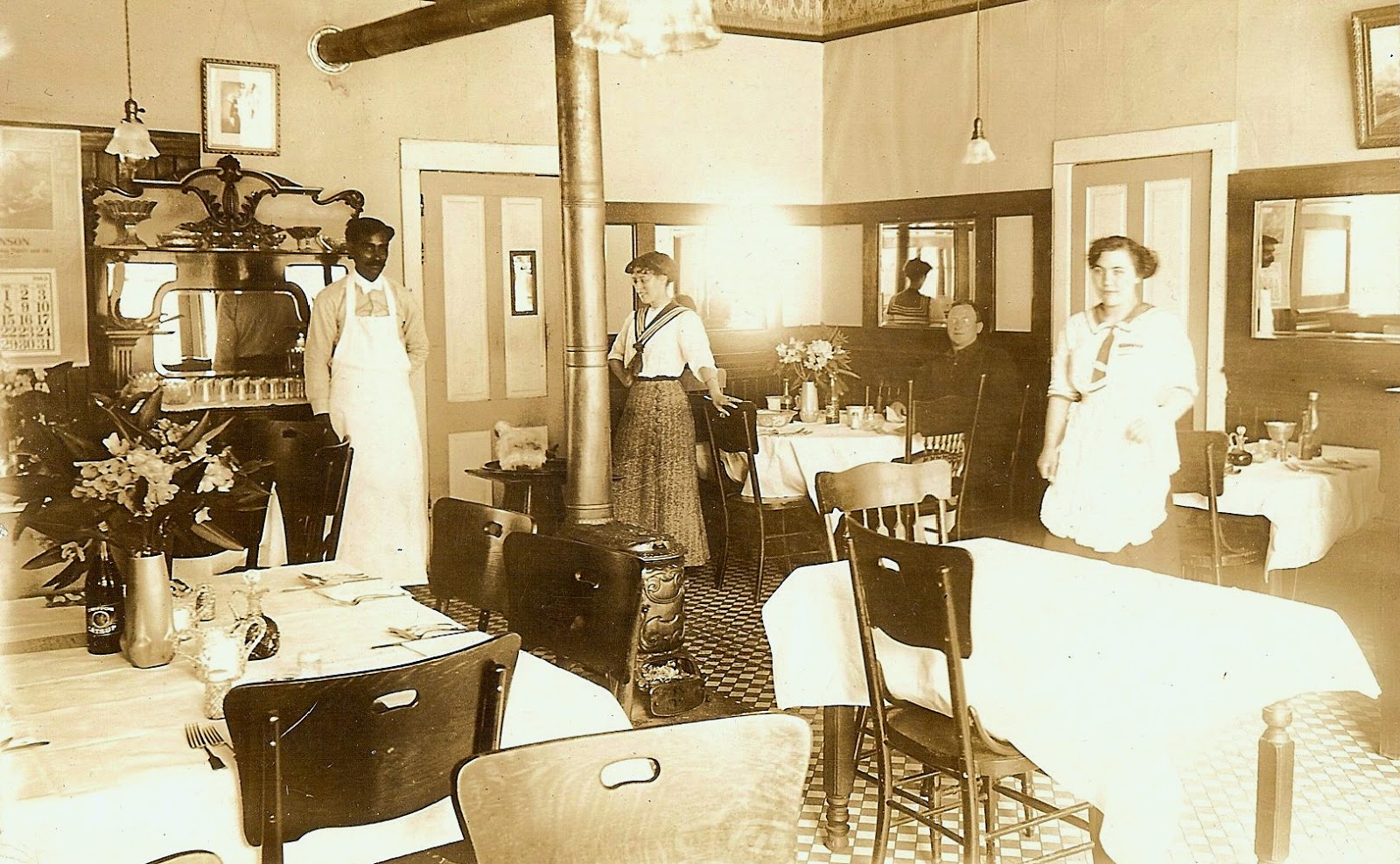 Rare enough to find a view of a small town restaurant; rarer yet to find one depicting staff and customers. This photograph was taken about 1914 in Waldport, Oregon, by Frederick F. Sasman of Newport. Fred was an inexperienced photographer, hence the shot directly at the mirror, the profusion of reflected images in other mirrors, and the rather peculiar composition. But he caught a sprightly view of two of the staff in aprons, and two tables are graced with springtime sprays of coastal rhododendron; the calendar shows 31 days, so I’m guessing it’s the month of May. Also on the tables: napery, flatware, salt and pepper, cruets of vinegar, and bottles of … catsup! The small central stove looks like a hazard. The woman in the center may be a customer; the bespectacled man lurking seated in the corner may also be one, but he has no food and is holding a slip of paper. What isthe story here?
Mr. Sasman shows up as a barber in North Bend, Oregon, from 1907 to 1910. The Waldport postcard is stamped on the back, “Photo by F. F. Sasman, Newport, Oregon.” In 1914, there was an ad in the Portland Oregonian: “2-CHAIR barber shop for sale at Newport, Oregon. Fred F. Sasman, North Pacific Dental College, Portland.” In 1915 Sasman is credited as the photographer of the North Pacific Dental College basketball team, and in 1916, he gradated from that school. Subsequently Dr. Fred Sasman and his wife, Dena, appeared in occasional Portland social news items into the 1920s. An interesting transition from barber to photographer to dentist.
See Springtime in Waldport, Redux for the continuation of this story!