Hot Tamales in the Gay Nineties

Hot Tamales in the Gay Nineties

There’s a connection between what Oregonians once ate and what Californians ate. Throughout the nineteenth century, Oregon’s closest commercial connections were with California, and it was common for wealthier Oregonians to go shopping in San Francisco, and to winter in Santa Barbara or Pasadena.

So despite a lack in Oregon of the overt Mexican/Spanishesque touches found in California’s architecture and place names, one will sometimes find such touches in the foods we ate, brought north intact. Tamales, for example. Helen Brown, in her West Coast Cook Book, comments on the “tamale man”* who peddled them on San Francisco streets in the 1870s. A recent piece by Gustavo Arellano in SF Weekly outlines that city’s tamale appetite, tracing it from the 1880s to the 1892 founding of the California Chicken Tamale Company by Robert H. Putnam, who soon promoted tamales in Chicago and New York. In 1894 San Francisco’s Midwinter Fair had a Tamale Village, and Good Housekeeping published a tamale recipe. A patent for canned tamales was issued in 1897 to Julius Bunzl of IXL Canning in San Francisco.
So it’s no surprise that there are tamales in Oregon in the 1890s. The Dalles Weekly Chronicle(May 29, 1895) makes mention of one “Frank Hunter, a tamale maker of Portland,” and tamales and oysters are hot stuff in Oregon City the same year. In the spring of 1896, Ferd Levy proposed to sell peanuts and hot tamales at Seaside during the summer, but was dissuaded by the high cost of peanuts (The Daily Morning Astorian, May 26 and 31, 1896). In 1897, an itinerant tamale man made a sensation in The Dalles when he knocked down a highwayman who tried to rob him, and then “picked up his outfit and came down the street calling “Red hot! All hot! Hot Tamales!” (The Dalles Daily Chronicle, November 18, 1897) Tamales were good for office workers:  “Just right for the pen-pushers” said the advertisement for Zack’s oysters and tamales in Astoria (Daily Morning Astorian, July 9, 1899).
By the early 1900s, tamale recipes turned up in Oregon newspaper columns and community cookbooks, along with other Mexican-inspired dishes, often described as “Spanish.” 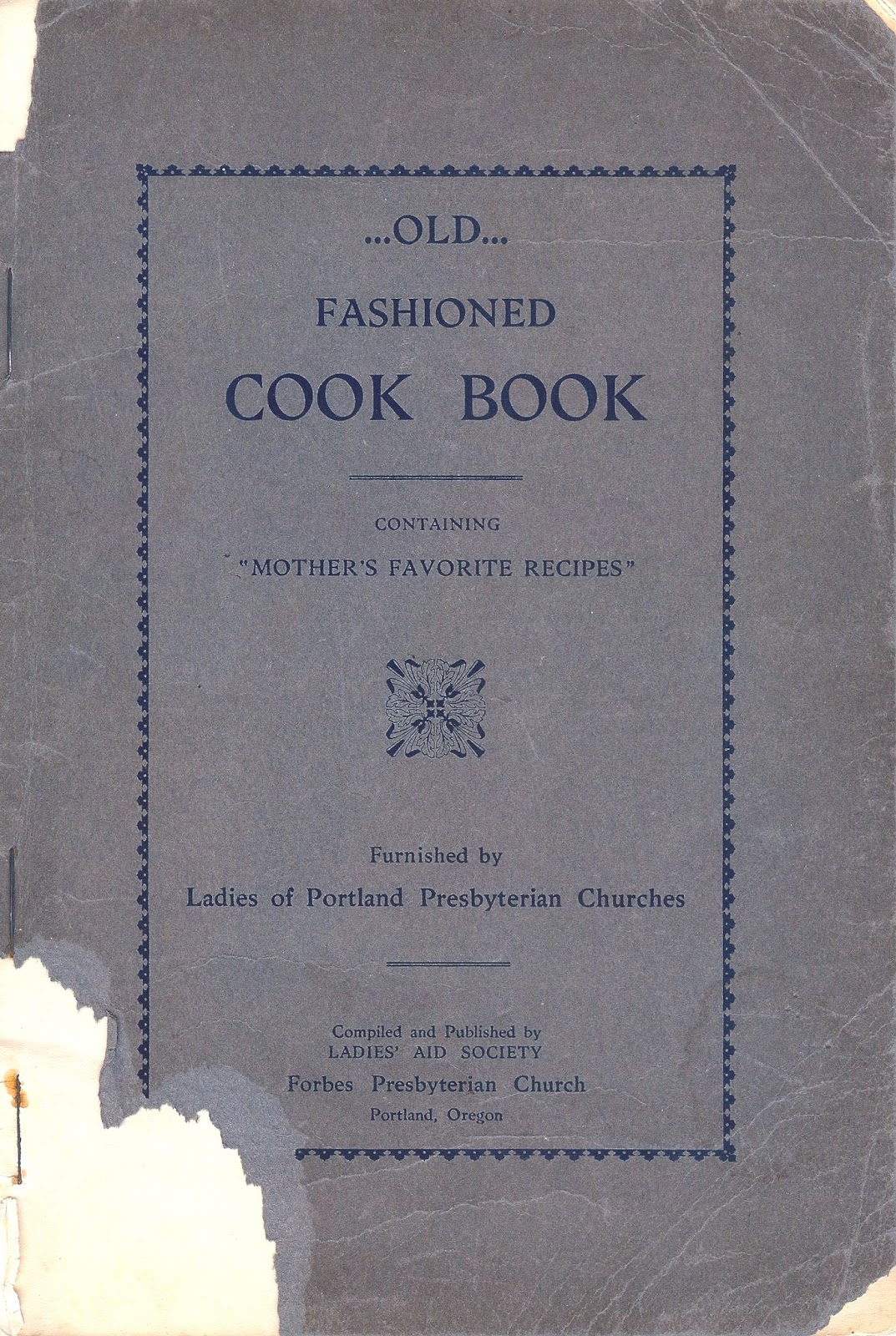 Chicken Tamales
Mix 2 pints of finely-ground cooked chicken meat with 1 pint finely-ground fresh boiled ham. Cut 2 large red peppers in half, remove seeds, place peppers in saucepan with boiling water, cook five minutes, remove and chop fine. Add them to the meat, season with ½ teaspoon salt, same of pepper. Place a saucepan with 3 cupfuls chicken broth over the fire, mix 2 tablespoons yellow Indian meal, same of white Indian meal; add it slowly to the boiling chicken broth, add ½ tablespoon of butter, stir and cook til thick, season with salt to taste. Put some dried corn husks in warm water, and soak for half an hour; remove, cut of even size, spread each out on a dish, cover with a thin layer of the meal paste, put a tablespoonful of the meat in the center lengthwise, fold the husk around it, twist the ends and tie them. Place in a steamer and steam for 1½ hours, or cover with chicken broth and cook 1 hour.—B.
* Cf. Portland’s “Tamale Boy” food cart of 2012, and the opening in 2014 of a full restaurant of that name.