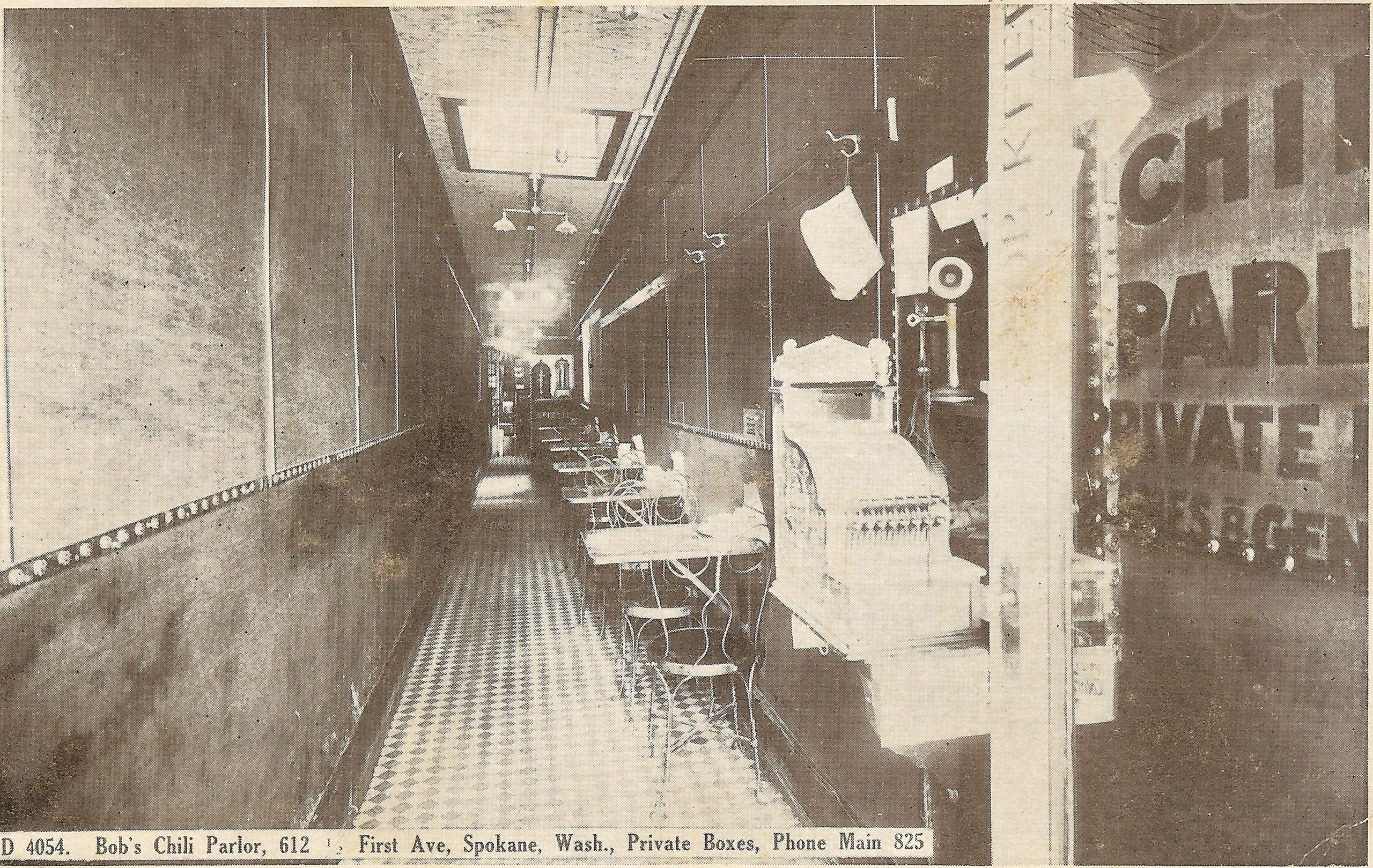 There is something disconcerting about two Chinese restaurants I frequently pass by. I’ve never eaten at Norm’s Garden in Hillsdale, nor at Wally’s Chinese Kitchen in Canby. Why? It’s because of Norm and Wally: I can’t get past the names. (Well, the reviews aren’t exactly stellar, either.)*
A century ago, Bob’s Chili Parlor in Spokane might have faced similar hesitation from potential customers who thought a fellow named Bob was unlikely to be an expert at concocting chili and tamales. But perhaps not; while there were few Mexicans in the Pacific Northwest at the time, an appetite for certain Mexican-inflected foods is evident from the 1890s. (See earlier blog postings on tamales and on Portland’s Castillian Grille, for example.)
Bob’s advertising postcard boasts that “Bob’s Chili-Con-Carne, has the world stopped for quality, taste and flavor.” The unusual dining space is only 4½ feet wide, but 100 feet in length; it has “a seating capacity of 50, and has 6 private boxes for ladies and gentlemen.”

Another unusual aspect of Bob’s business is noted on his postcard: “Anyone wishing the raw material such as Mexican Chili Peppers, Beans or Seasonings, can secure the same in any quantity from us.” That offer is detailed in this advertisement of December 30, 1916, from the Examiner in Colville, Washington, some 70 miles north of Spokane.
* Update: Wally’s appeared to be shuttered when we went past it on May 5; and Norm’s last day of operation was May 9. When legends die… .