A Century Ago in Warrenton

A Century Ago in Warrenton 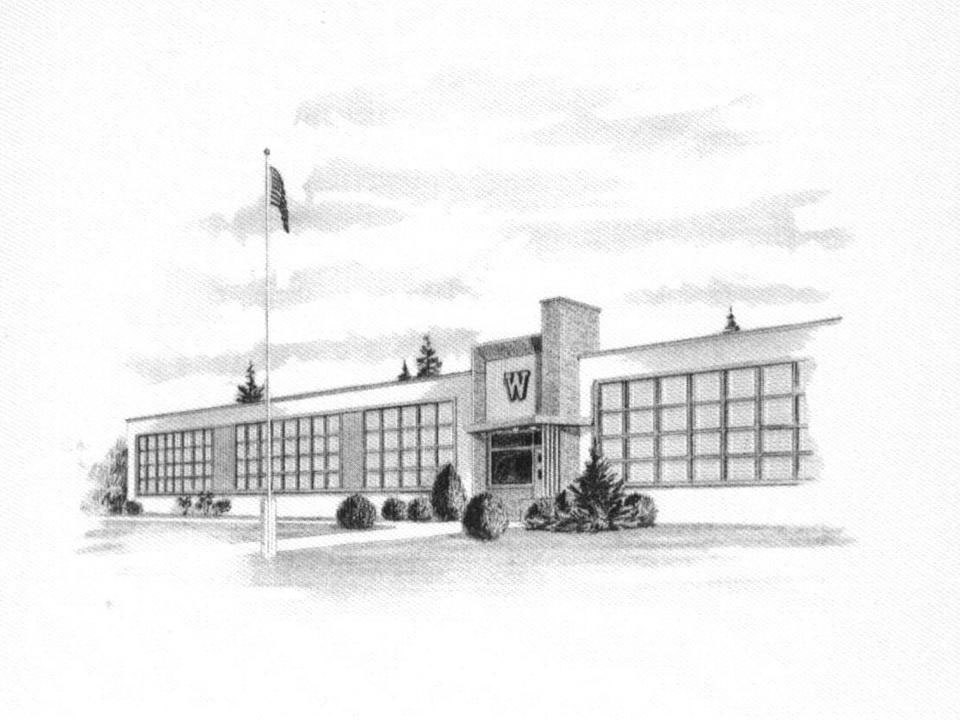 Having spent many of my so-called formative years in and near the town of Warrenton, Oregon, I’m very interested in bits of history about it. The year 2015 marks the 50th anniversary of my graduation from Warrenton High School, so I have the reunion on my mind. I helped to put together the booklet of biographies of the 50-odd graduates or might-of-been-graduates of 1965, and that’s been a most enlightening experience. Most of the males were impacted in some way by the Vietnam War, but we sure took a variety of paths after those high school years. Not a surprise, I know, but the individual story lines have been fascinating.

The Warrenton town I knew a half century ago was sleepy, somnolent, swampy, bleak, wet and gray. Warrenton is on the northern Oregon coast, at the mouth of the Columbia River, a few miles west of Astoria; much of the town is diked, emphasizing the general sogginess. I seem to remember that the sign at the city limits gave the population as 1,890, year after year. There was a small lumber mill, a marina with sports fishing outfitters, a small plant that made vitamins and such from fish cannery waste.

Once there were dreams. A century ago, in 1915, Warrenton thought it was on the verge of tremendous commercial and industrial growth. When I lived there, I had no idea of this past panorama of dreams and ambitions, some of which actually reached a tangible state. But forces such as World War I, the Panama Canal opening, and the explosive growth of the auto age, popped the Warrenton bubble. 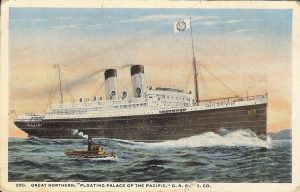 The most inspiring, even romantic, manifestation of Warrenton’s hopes came about in the spring of 1915, with the arrival of a brand new, fast, luxurious steamship to a new dock at Flavel in Warrenton. This was the SS Great Northern, the flagship of a new corporation, the Great Northern Pacific Steamship Company. The Great Northern, with her twin sister ship, the SS Northern Pacific, inaugurated a three-times-a-week service, by train and steamship, connecting Portland and San Francisco. The 30-hour schedule was faster than the Southern Pacific Company’s fastest train, the Shasta Limited, the fare undercut that of the train, and the steamships offered fine food, an orchestra for dancing, and fresh ocean air. And Warrenton was the point where passengers from Portland, Seattle, and points East, changed to the ship. The ships also carried fast freight shipments–and even personal automobiles.

The whole project was an expensive and complex set of maneuvers set in motion by railroad tycoon James J. Hill to build up traffic from his lines in the Pacific Northwest into California. Building another railroad line of several hundred miles would have been an even more expensive and time-consuming task, and creating a steamship link in 1915 had an additional appeal in its ability to trade on the national excitement over the Panama-Pacific International Exposition in San Francisco that year. Everyone wanted to go to the fair!

The enterprise was short-lived, but while it lasted, Warrenton–in particular, the GNPSS docks at what was known as Flavel, on Tansy Point north of the Warrenton town center–was in a spotlight. The steamships were taken for military use during World War I, and the Northern Pacific sank, but the Great Northern returned to the West Coast in another guise. As the SS H. F. Alexander of the Admiral Line, she resumed coastal service in 1922 as the fastest and most luxurious liner connecting Seattle with California; the service lasted until the Depression scuttled it in 1936. But the Flavel dock, and the vision of Warrenton as a major port and transshipment point, was dead by 1918.