Eating Your Way to San Francisco: 1915

Eating Your Way to San Francisco: 1915 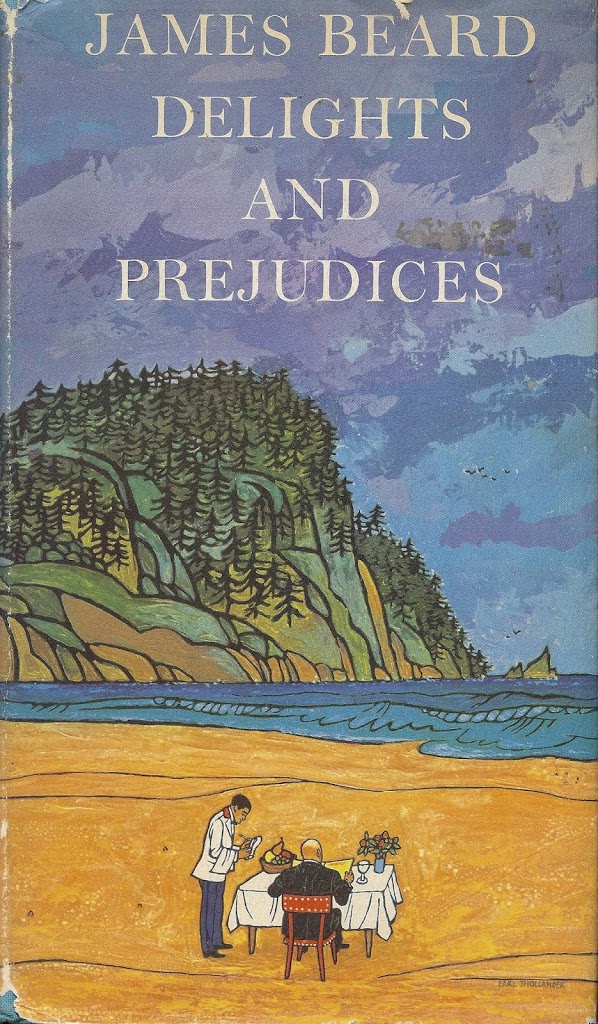 The noted Oregon-born cookbook author and food historian James Beard (1903-1985) penned a very tasty reminiscence of being a teenager eating his way from Portland to San Francisco aboard the dining cars of Southern Pacific Company’s Shasta Limited, and on the luxurious steamships of the Great Northern Pacific Steamship Company.

“This train was my idea of true luxury, and two meals in the diner were heaven …. It was a treat to rise with the Siskiyous and the Coast Ranges rolling by and to breakfast on ham and eggs, sausage and eggs, or occasionally fresh mountain trout which had been taken on during one of the stops–all rather well prepared.” From Delights and Prejudices (1964), 181-183

While several small ships ran directly from Portland to San Francisco, the food thereon “[a]t best was ordinary.” But then, for three “wonderful years,” the Great Northern Pacific Steamship Company ran two fast ships between Flavel, at the mouth of the Columbia River, and San Francisco, with a connecting train from Portland. As Beard says, “this was really luxury travel.” Both the train and the GNPSS ships made the trip between Portland and San Francisco in about 30 hours.* You can read more about the GNPSS in an earlier blog.

If eating on the train was heavenly for Beard, the food on the steamships Great Northern and Northern Pacific was even more memorable. “Dungeness crab and razor clams and Columbia River salmon starred, along with the best of California fruits and vegetables and a great profusion of imported delicacies, such as foie gras and occasionally good caviar. I still remember the whole Chinook salmon of enormous proportions in a wine aspic, served with an anchovy mayonnaise ….”

It is remarkable both that a lad of thirteen was wolfing down wine aspic, good caviar, and crab and salmon, and that he remembered and savored the experience fifty years later. Fifty years past my teens, I remember that I then detested all seafood, especially crab and salmon and razor clams.

* In fact, both routes involved both rail and water transport. The GNPSS route was by train from Portland down the Columbia River to its mouth at Flavel (near Astoria), where passengers embarked on the steamship to the San Francisco waterfront. When the Southern Pacific train from Portland reached Benicia on Carquinez Strait, it was put aboard a ferry that carried it across the strait to Port Costa. The train then continued to the Oakland Mole, where passengers got off the train and took a ferry directly to San Francisco’s Ferry Building at the foot of Market Street. 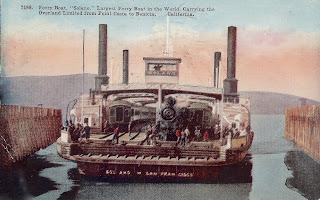