Top of the Cosmo Revisited

Top of the Cosmo Revisited

I wrote earlier about the former Cosmopolitan Motor Hotel and its Top of the Cosmo restaurant, located in Portland’s Lloyd Center district. The hotel recently underwent a transformation, from a shabby unit of the Red Lion chain to the hip and happening Hotel Eastlund. Television news on KGW described the Eastlund as a “swanky, new building” but in reality it’s just a new tablecloth over an aging table.

But the table has good legs. And dining has returned to the top of the old Cosmo, in the form of the Altabira City Tavern. While the Altabira’s menu is revved-up pub fare, the old Top of the Cosmo boasted a menu that was a sincere effort at “continental cuisine” (i.e., European dishes, and French culinary terms, accompanied by fine wines, the resulting menu intended to appeal to cosmopolites and gourmands).

Here’s a menu, from about 1963, shortly after the hotel opened. 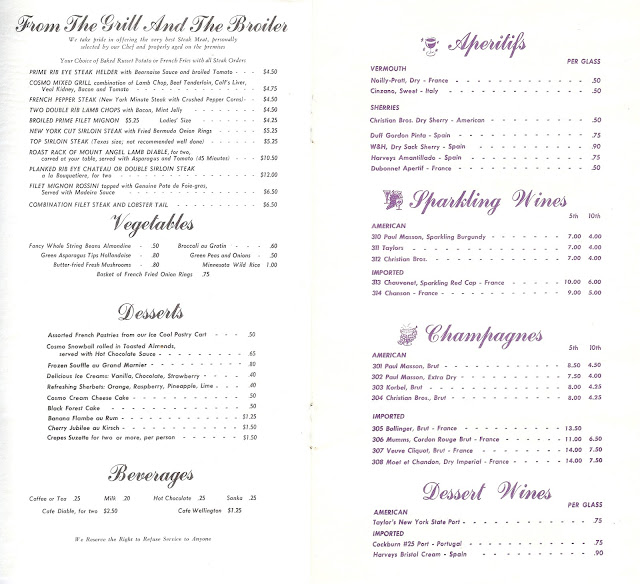 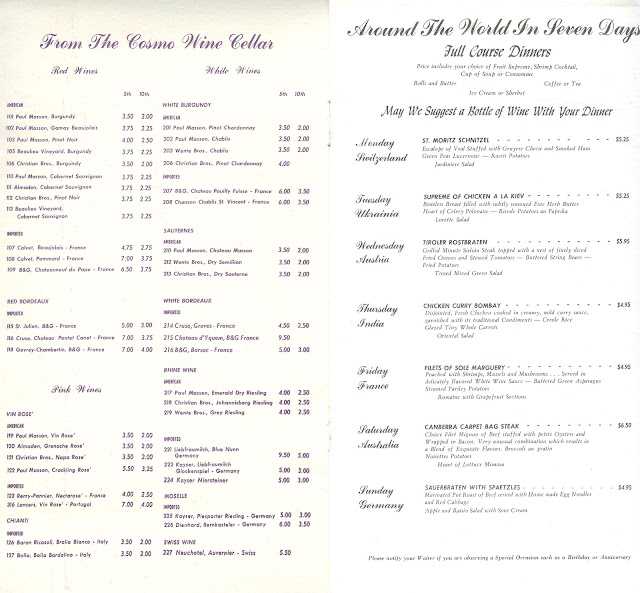 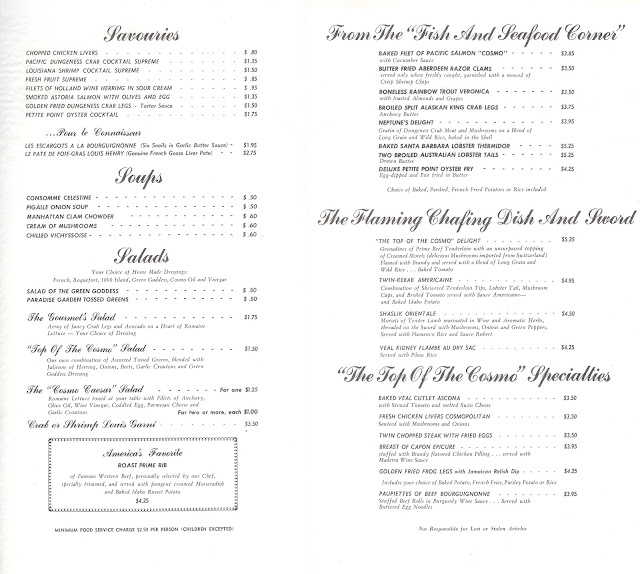 So this perhaps gives us a better idea of what Portlanders were able to experience in the way of cosmopolitan dining, fifty years ago. Some noteworthy observations: