It should read Barbur, not Barbour

I confess: I bought another matchbook cover. It led me to the tale of a once-charming suburban Portland dinner house on Barbur Boulevard, in what today is the sprawling city of Tigard.

Cathryn’s Dinners first came to my attention when I ran across it in a 1946 edition of Adventures in Good Cooking (Famous Recipes) and the Art of Carving in the Home, by Duncan Hines. A spinoff from Hines’ famous Adventures in Good Eating, which reviewed restaurants across the nation, this book was a compilation of recipes from many of those anointed restaurants. Two recipes from Cathryn’s were included in it, one for hot toasted cheese hors d’oeuvres and one for a chocolate fudge upside down cake.

The matchbook showed up on eBay. Now I knew what Cathryn’s looked like and approximately where it was. A search of the Portland Oregonian online revealed that the restaurant, specializing in chicken and steak, was opened in 1937 by Kathryn Pettengill. Mrs. Pettengill was born in Massachusetts in 1888, and came to Portland with her husband, William, in the early 1920s. Before opening Cathryn’s, she had worked as a hostess at Nendel’s, a noted suburban dinner house on Canyon Road. She sold Cathryn’s in 1946 and soon opened another restaurant in Oak Grove, southeast of Portland, called Kathryn’s. The next year, Kathryn Pettengill died from a fall down the stairs at the restaurant.

Cathryn’s on Barbur Boulevard, however, continued in business under other owners, finally closing in 1956. It was then refurbished and reopened as the Hi-Hat, with the “same type of food but has added Chinese dishes to the menu.” The Hi-Hat, operated by the Louie family of Fong Chong and Rickashaw Charlie’s in Portland’s Chinatown, also offered dancing and drinking. The original building burned in 1968, but the Hi-Hat was built anew, perhaps down the road a piece. (It’s not a clear transition. The intersection of Barbur and 62nd has vanished beneath the concrete of I-5, and the Hi-Hat was closer to 69th.) It continued to serve chop suey and to cater banquets until 2010. Today it is Lu’s Sports Bar & Lounge, “offering American & Chinese grub, games, TVs & nightly karaoke in a casual setting.” 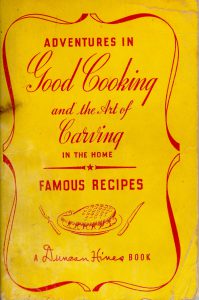 from Adventures in Good Cooking, by Duncan Hines (1946) 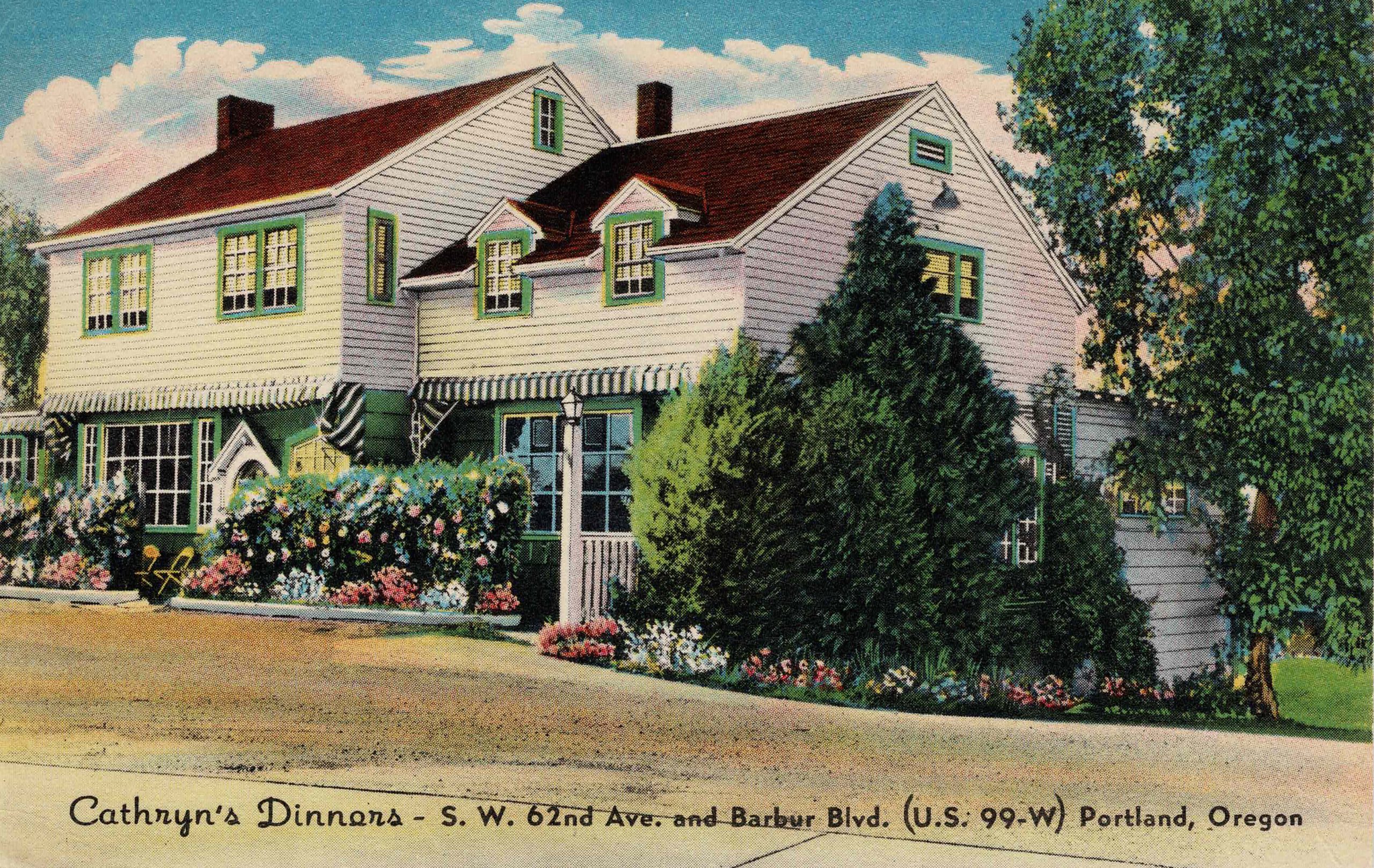 … and then I acquired this postcard!