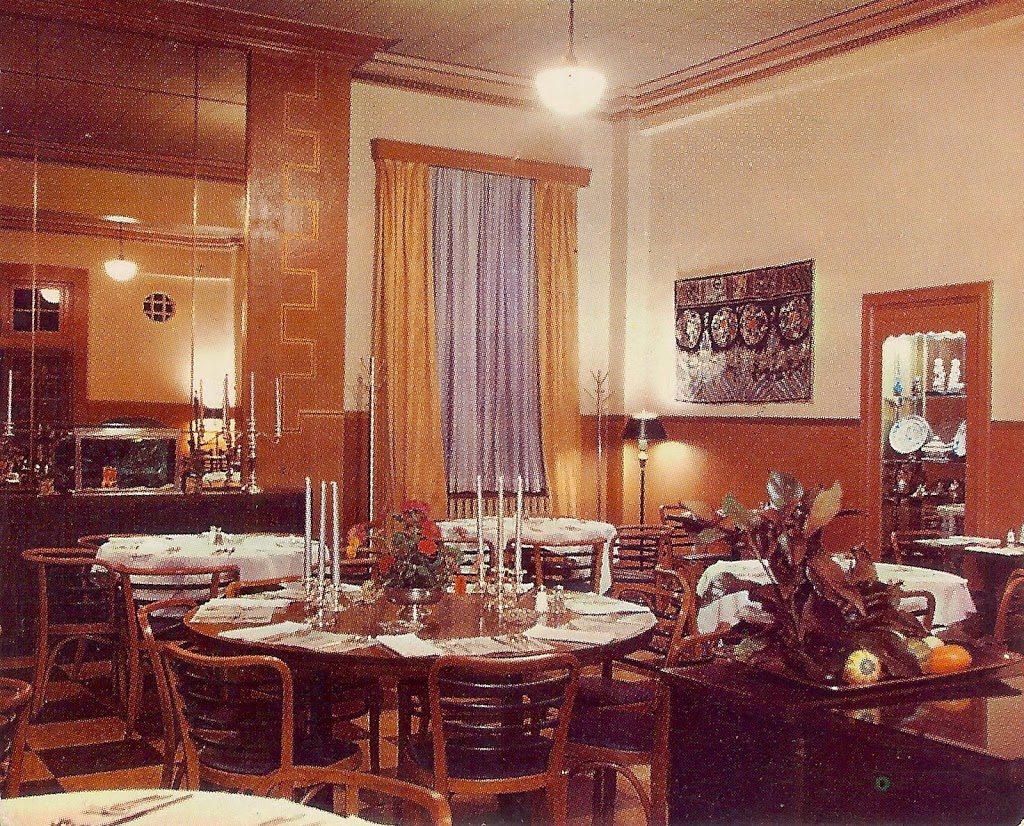 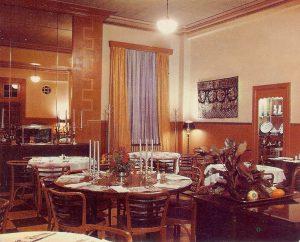 No, you won’t be reading about the dams on the Klamath River and their impact on the salmon runs. This is a post about the Pelican Café, a long-running landmark in Klamath Falls, where pelicans are more noteworthy than salmon.  As Mark Joneschiet wrote of pelicans—and the café—in his reminiscence of KFalls, The Pelican’s Briefs: “It is called the Pelican Café because just about everything in this area is called Pelican SOMEthing. There is an area of town called Pelican City. There is a Pelican Motel, a Pelican Hotel and a Pelican Tavern. In fact, there are even real, bona-fide PELICANS… by the MULTITUDE!” 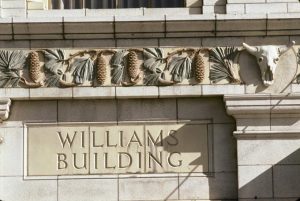 The Pelican Café opened in 1933 in the Williams Building, a handsome two-story structure with a rather fancy Italian Renaissance façade, ornamented with polychrome terra cotta, including a frieze of Hereford steer skulls along with pine cones (no pelicans! Mr. D. O. Williams had business interests in cattle and lumber). The building, designed by Portland architect Jamieson Parker, was completed in 1927. The Pelican Café positioned itself as a culinary oasis between Portland and the Bay Area, serving salmon and shrimp as well as roast beef. It was featured in the Duncan Hines guides to American restaurants, and its recipe for beef tongue with tomato sauce appeared in his Adventures in Good Cooking. 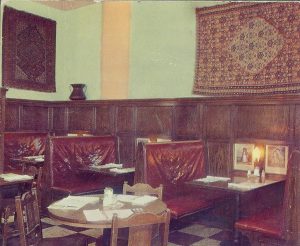 The Oriental rug on the wall

A postcard view of two dining rooms at the Pelican was sent by my Aunt Dorothy to her husband, Bill, postmarked July 28, 1954. Dorothy was driving from their home in Trona, California, in the Mojave Desert, to Portland. “Had a salmon dinner in the booth here pictured with Oriental rug on wall.”

As it happens, I recently acquired a menu from the Pelican, with a mimeographed daily lunch listing for July 30, 1954—two days after Dorothy had her salmon dinner there. The most expensive item on the menu—$1.50—was the crab or shrimp a la Louie. Locally-tailored offerings included youngberry and huckleberry pie, and “Oregon’s famous Langlois Roquefort type cheese.” 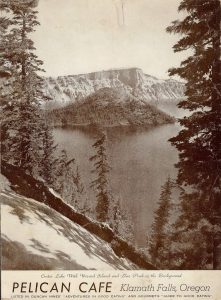