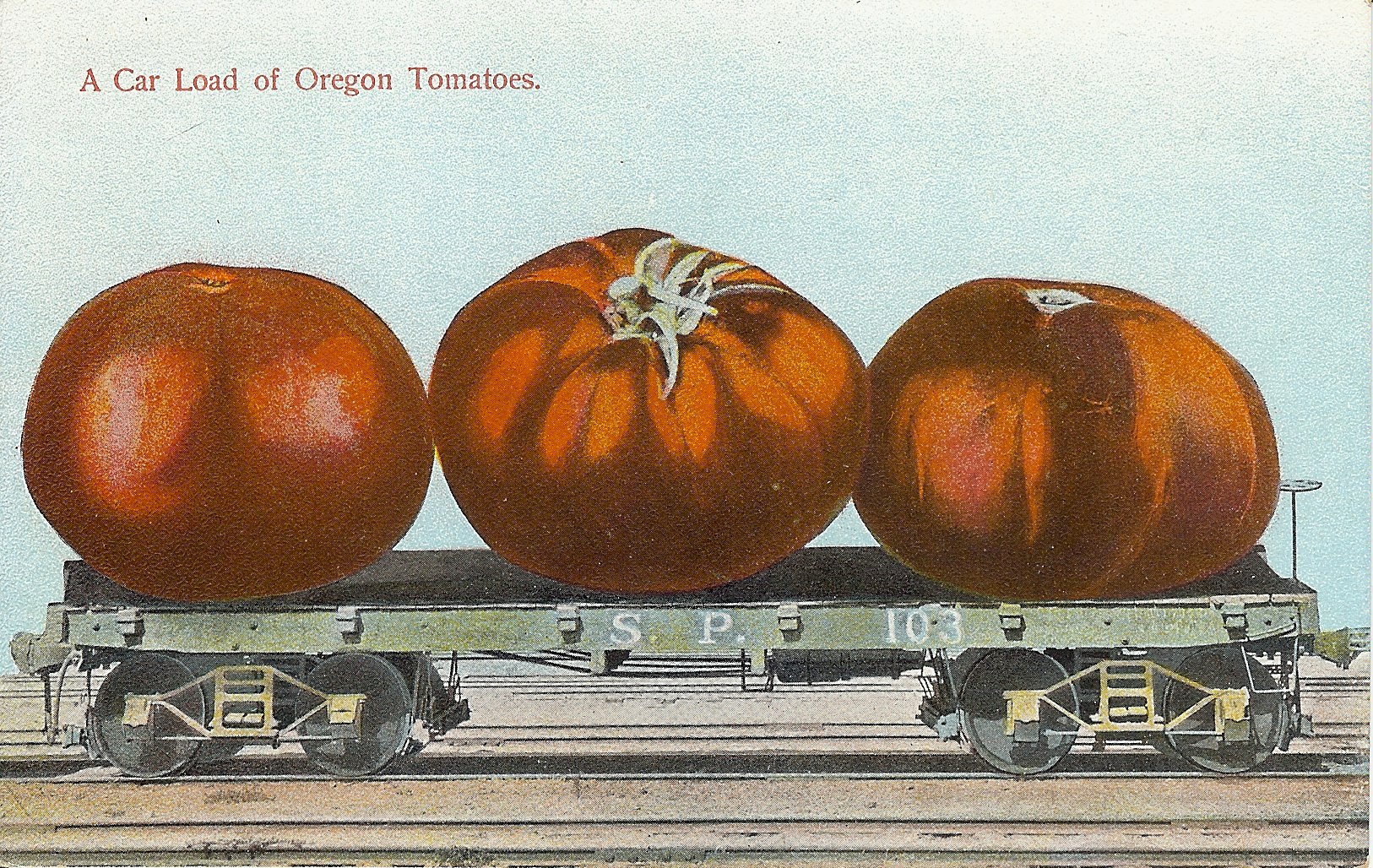 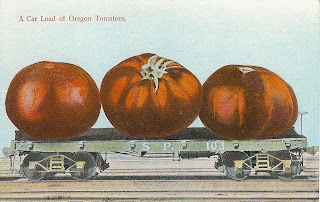 Unlikely. The Edward H. Mitchell Company of San Francisco issued a wide variety of postcards in the 1910s that portrayed fabulous oversized strawberries, lemons, oranges, melons, etc., perched on railroad flatcars or nestled in a gondola car. Often they specified that these were California products; sometimes the labels took the form, “A car load of tomatoes from …. [fill in the blank] …” 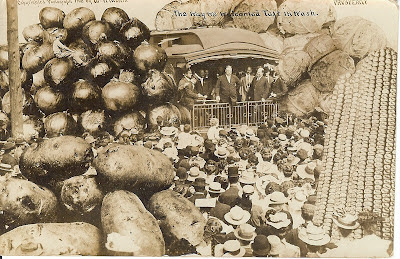 And sometimes they aimed for the Oregon postcard market. Oregon pears or apples or loganberries, sure, that would have made sense. But Oregon was in no position to boast of its magnificent tomatoes in, say, 1914. One wonders where the cards were sold, who bought them, who sent them (with ironic comments, of course)? My copy was never mailed.

And then there are the famous real photo postcards produced by photographer William H. Martin of Ottawa, Kansas. Mr. Martin predates PhotoShop, but he produced composite images that rival those of modern technology. This is purportedly “the way we welcomed [presidential candidate William Howard] Taft in Washington” in 1908: with huge heaps of onions, ears of corn, potatoes, and cabbages. What a grand way to say Hello, vote for me!

And sometimes the fantasy foods were, um, well… real. Here’s a fantasy run amok. It happened at Century 21, the Seattle world’s fair that opened fifty years ago, in 1962. The occasion was ostensibly to mark the 128th birthday of a fictional character, legendary logger Paul Bunyan. This cake consisted of more than 2 tons of sugar, 3.5 tons of raisins, 18,000 eggs, and 10,500 pounds of flour. And it was assuredly inedible, despite the fact that you could buy “souvenir mailaway boxed portions” of it to send to your favorite aunt in Biloxi. 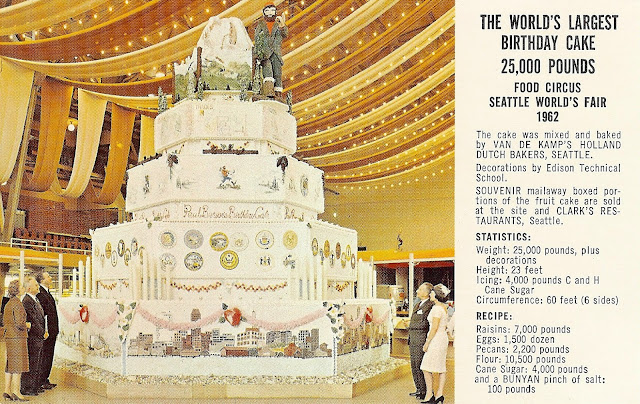 So just where was “Paul Bunyan” born, back about 1834? And why would this event be marked in Seattle in 1962? Good question. Possible answer: noted Washington author James Stevens was one of the purveyors of Paul Bunyan tales, and one of his tales put Bunyan’s birth during the 1837 Papineau Revolt in Quebec. A quick look at the Wikipedia entry for Paul Bunyan will easily muddle this story, and will cause the reader to infer that this 1962 Seattle cake has nothing more to do with Paul Bunyan than the fact that Seattle once had a lot of trees and loggers nearby, and once had James Stevens living there. Otherwise, it’s all about Walter Clark’s restaurants, Van de Kamp’s bakeries, and C&H pure cane sugar from Hawaii.

But what a wonderfully sugary food fantasy!