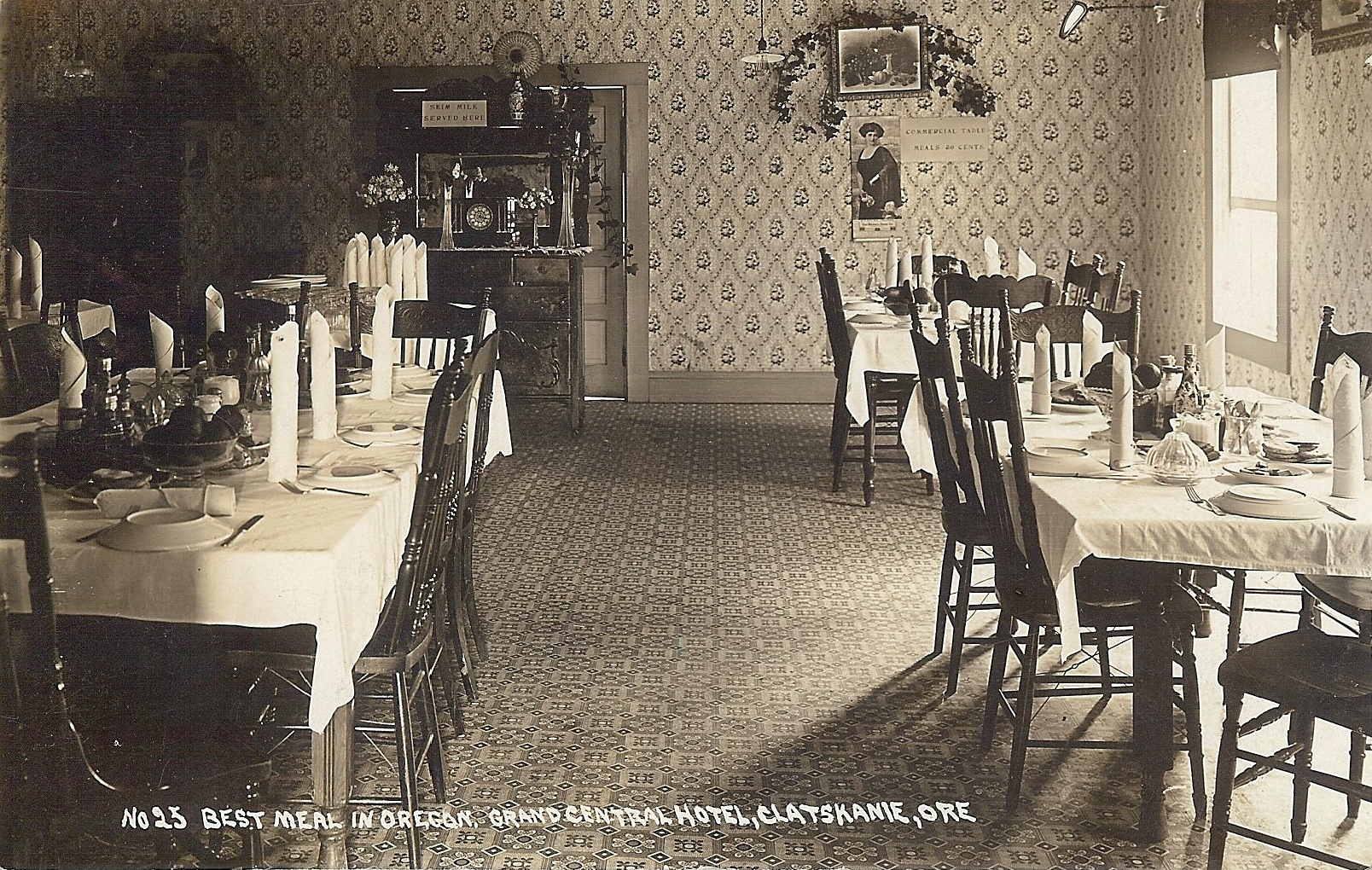 The dining room looks pleasant enough, and the napkins are displayed in a spectacular fashion, but the caption is probably a bit of hyperbole. At the right, there is a sign on the wall:
COMMERCIAL TABLE
MEALS 50 CENTS
Traveling salesmen were the bread and butter, so to speak, of small-town hotels such as this one. This photo postcard was mailed to Clatskanie from Tacoma, Washington, on August 11, 1913.
At the left is another wall sign:
SKIM MILK
SERVED HERE
What would that be about? A Google search led to the annual report of the Oregon Dairy and Food Commissioner for the period from October 1, 1910, to September 30, 1912. In that report, the Grand Central Hotel in Clatskanie was cited for illegally serving milk that had been skimmed and had an unacceptable butterfat content of a mere 0.25% (at least 3% butterfat was required, and if skimmed it had to be noted).
So the sign is very likely a response to having been caught whisking the good stuff off the milk and not owning up to it. The hotel that boasted of serving the best meal in Oregon was a cheapskate house. The floor looks neat and tidy, though.