“It will soon be the largest town in Oregon”

“It will soon be the largest town in Oregon” 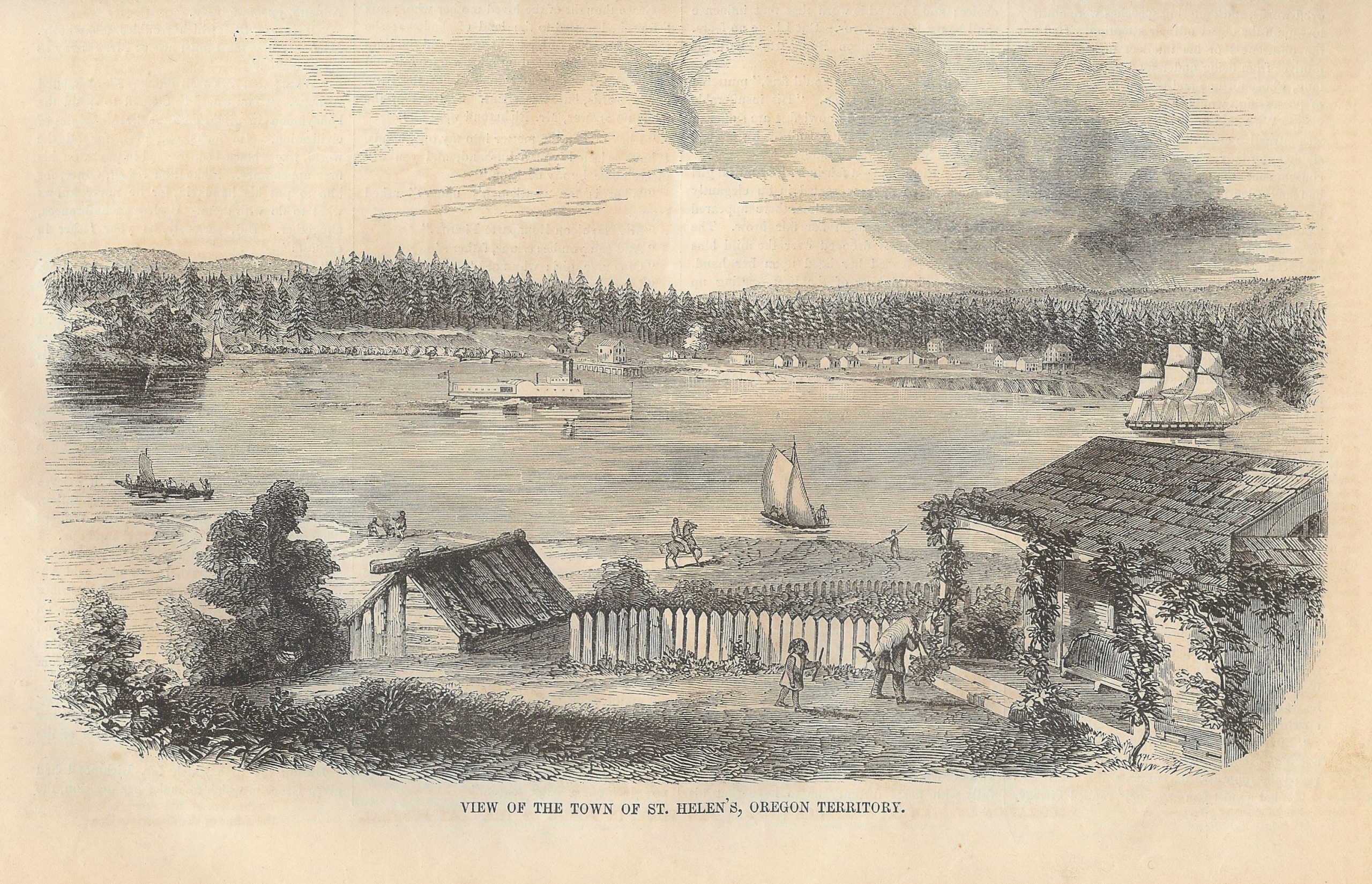 “Below we give a fine view of the town of St. Helen’s, in Oregon Territory, situated on the Columbia river, about fifty miles from its mouth. It was settled and named by Mr. Wm. H. Tappan, artist, formerly of Boston, in 1849. The river is rather more than a mile wide opposite the town. The fork, where is seen the schooner passing, is the lower mouth of the Willamette, but the mouth frequented by vessels bound up the Willamette river, is eighteen miles above. The island which divides the two is called Souveis Island, and is large and fertile. The Pacific Mail Steamship Company have made St. Helen’s their depot, and are at once to erect large buildings and wharves. It will soon be the largest town in Oregon.”

St. Helens was platted as a future city by Capt. Henry M. Knighton and William H. Tappan in 1849-50; Tappan was the first postmaster (the post office name was initially Plymouth). I am not familiar with this view of the town in its early incarnation, but it is fitting that it appeared in a Boston publication. Tappan (1821-1907) came west from Fort Lawrence to Fort Vancouver, as an artist with a U. S. Army regiment in 1849; the men were sent to help protect the Oregon Trail, and they are celebrated in Pacific Northwest history as the “Mounted Riflemen” (see The March of the Mounted Riflemen by Cross, Gibbs, and Loring, 1940). Tappan stayed in the region for several years, serving in the first Washington Territorial legislature from Clark County, was an Indian agent, raised stock, and did surveying. He moved to Colorado in 1864 and later returned to Massachusetts. There he wrote a history of his home town of Manchester, and was president of the Manchester Historical Society. Ginny Allen and Jody Klevit, in their Oregon Painters: the First Hundred Years (1859-1959) say of Tappan, “He appears to be the region’s earliest resident professional artist.”

The Pacific Mail Steamship Company did build a dock at St. Helens, and for a brief time designated this its Oregon port of call, but the siren call of Portland could not be ignored; soon, Portland was the largest town in Oregon, a position it has never relinquished.