The Essential Ingredient. Is It Horsemeat?

The Essential Ingredient. Is It Horsemeat? 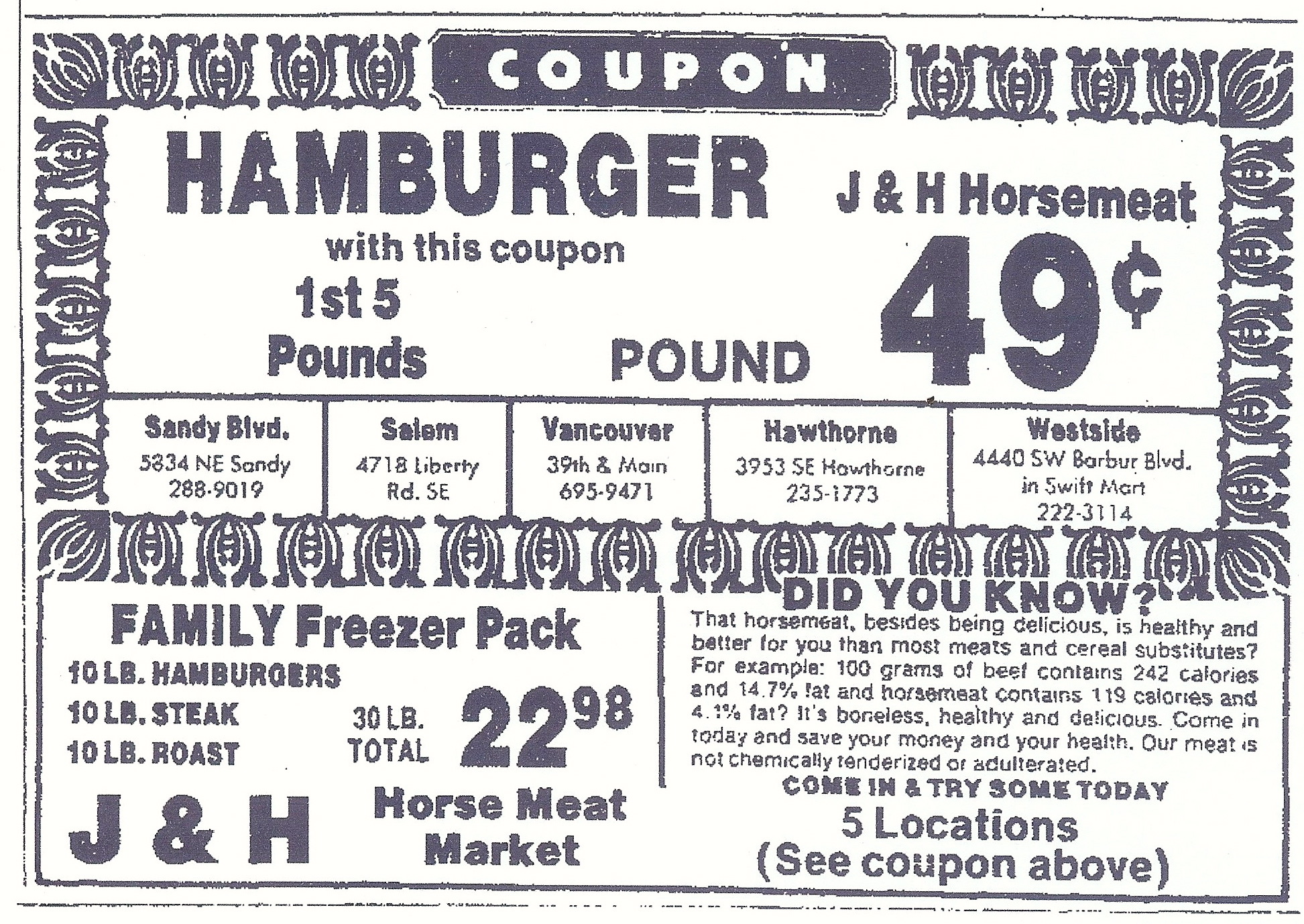 There are those who cry, “Portland is a food wasteland. You can’t get a decent bagel or cheesecake. There’s no good lox. There’s no veal.” 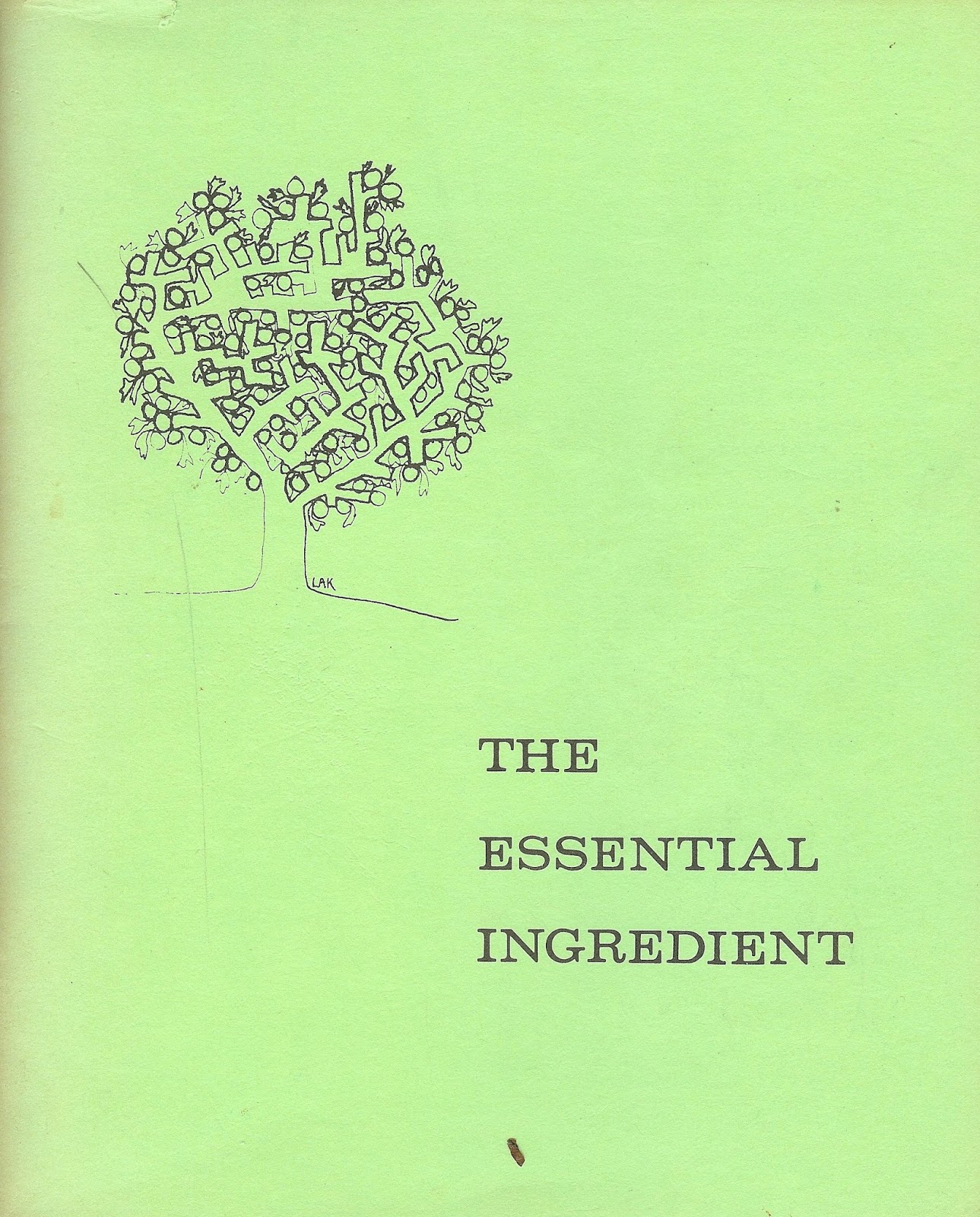 That’s the clarion call that opens The Essential Ingredient, a 43-page booklet published in September 1973. Written by Susan and David Kobos, Caroline Miller, and Margaret and David Mesirow, The Essential Ingredient is a guide to where in Portland to go to find decent baked goods and fresh fish, “oriental ingredients” and delicatessens, herbs and coffee and tea. It’s sobering to visualize a Portland so lacking in good wine, so bereft of Fubon, so farmer’s-market-less, a Portland where those who might seek Braun kitchen appliances were referred to Lakeside Drugs in Lake Oswego.

The booklet was issued just as David and Susan Kobos launched their coffee enterprise at The Water Tower at Johns Landing. A case could be made that the booklet is a first salvo in the push that, forty years later, caused Portland to be considered a food paradise rather than a food wasteland. And this despite the fact that you may still not get a decent bagel or cheesecake or lox or veal here: there is so much else. And there are other ways to assess a locality’s food bounty than the availability of decent cheesecake.
Some items from the booklet:
• The entry for the New Yorker Kosher Bakery recommends its breads, but ithe bagels are described as “in fact large Parker House rolls in disguise.” A check of the Oregonian files shows that the six-year-old bakery closed in August 1973: suddenly, no breads, either!
• A page about eggs notes the existence of three farms in the outlying Portland area where one can buy fresh eggs. At Platt’s Egg Ranch, “Mrs. Platt will sell hens for a reasonable price. However, you will have to de-feather and clean them yourself. Of course, you can take them to Harrington’s in Gresham, and they’ll clean them for $.40 each.”
• There are items you could get in 1973 that you will have a hard time finding today. For example, horsemeat. “Horsemeat is a practical, economical alternative to beef—once in a while.” The booklet reports that “due to the boom in popularity of horsemeat,” Ed Carroll of J & H Horsemeat had opened a second store. When I was in college in the late 1960s, it was indeed the occasional basis of a meal, thanks to the advice we read in The Impoverished Students’ Book of Cookery, Drinkery, & Housekeepery, produced by Reed College student Jay F. Rosenberg in 1965.
• N.B.: David and Margaret Mesirow also attended Reed College in the 1960s.