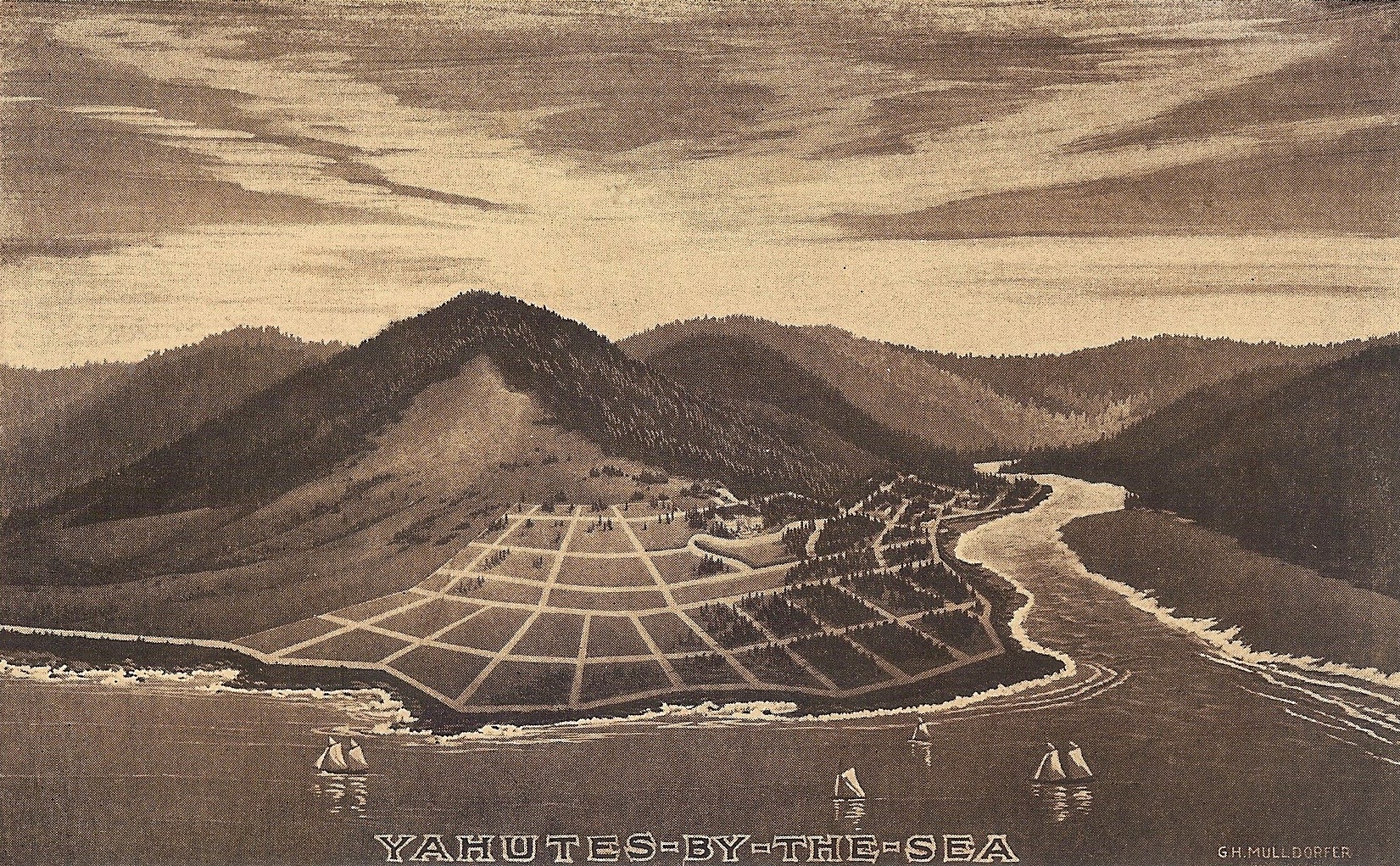 The coastal town of Yachats, famously pronounced YAH-hots, is a resort locale today, smack on Highway 101, three hours’ driving time from Portland. But a century ago, getting to Yachats took an all-day trip on two trains, then a steam launch, an overnight stay, a jaunt by stage and two ferries, and finally either a hired hack or your feet for the last nine miles from Waldport.
Still, some people summered there. And there was railroad fever in the air. A railroad had recently been completed from Portland to the Tillamook beaches; there was talk of a railroad to the Coos Bay country from Drain or Eugene or Roseburg; there was murmuring about a railroad along the Oregon coast clear to Eureka and San Francisco. 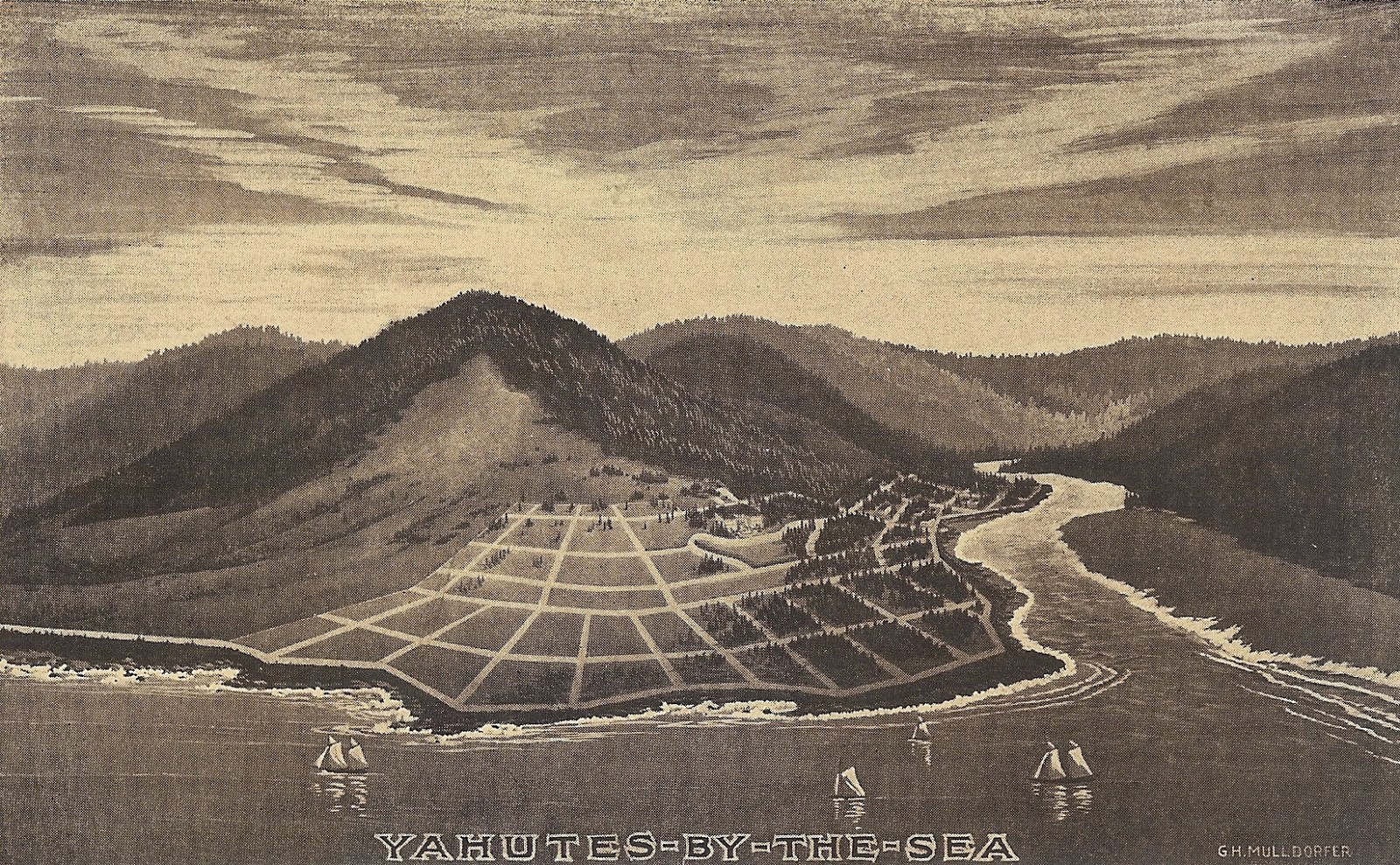 One of those who was doing the talking and the murmuring was one William J. Wilsey, described in a later Oregonian(August 25, 1957) article  as a “pint-sized promoting dynamo.” He also dealt in real estate (what a surprise!). This postcard view depicts Yahutes-by-the-Sea, a real estate venture at Yachats that was platted in 1913. The same view was included in a promotional pamphlet written by that promoting dynamo, William J. Wilsey.

The back of the postcard touts Charles L. Murphy of nearby Waldport as the sales agent for those summer cottage lots. He was not successful in his efforts. Yachats remained isolated: no Oregon Coast railroad was ever built, the Coos Bay line of 1916 missed Yachats by about thirty miles, and the Oregon Coast highway was almost two decades in the future. By 1917, the owning West Coast Construction Company was delinquent on its taxes, and the Lincoln County commissions vacated the townsite plat.

N.B.: Yahutes is one of a rather large number of variant spellings of the town name; Yachats has been the front runner since at least the 1880s.