“The Foe of Old Age and Disease”

“The Foe of Old Age and Disease” 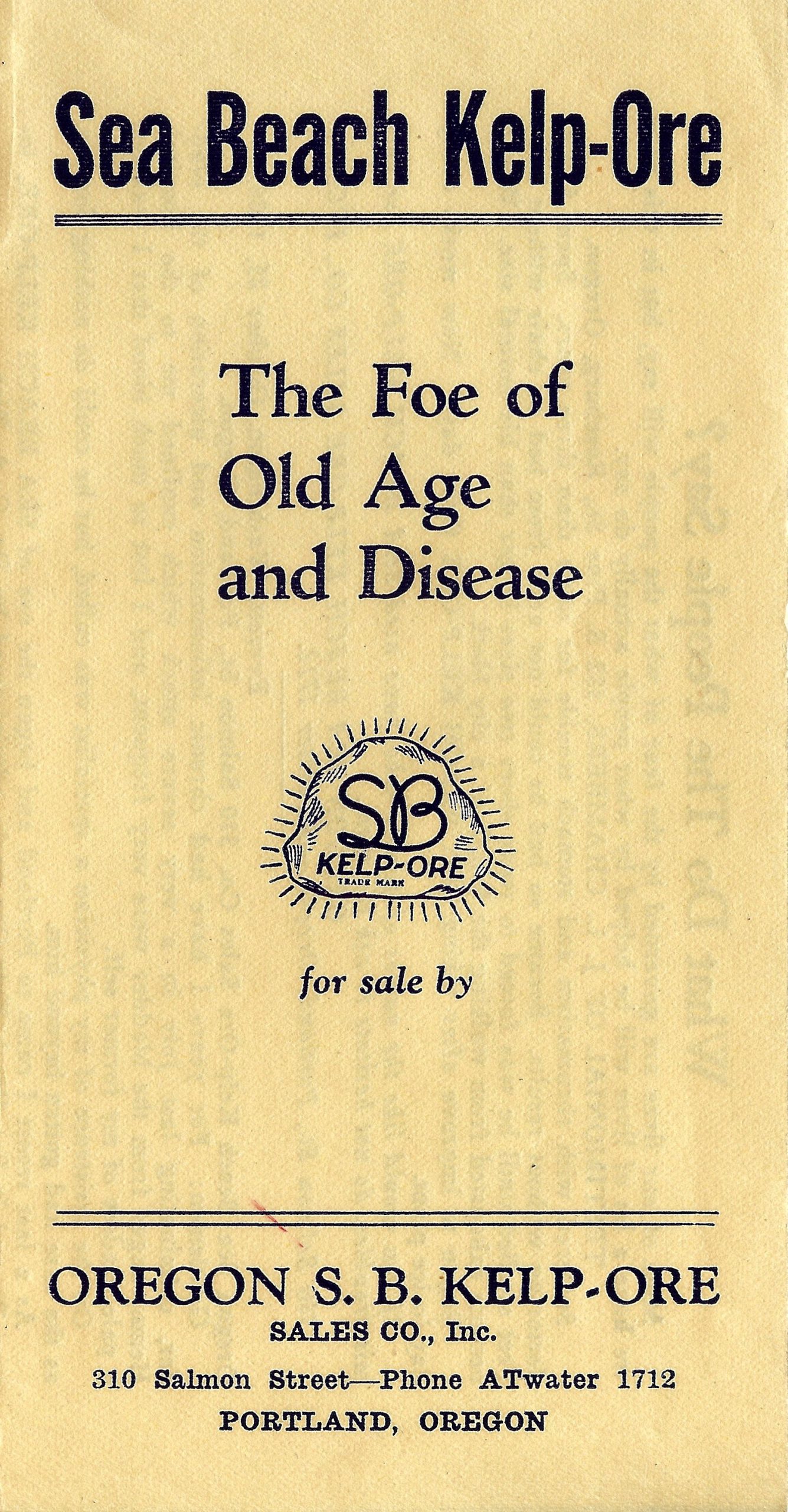 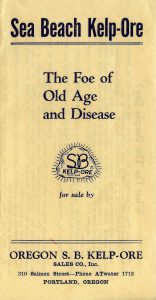 One of Brooten’s competitors

The place and position of government with regard to old age and disease—think COVID-19—is a question of long standing. One of the major American milestones in government oversight of public health was the Pure Food and Drug Act of 1906. The act caused an uproar in the snake oil trade, for it effectively demolished most of the advertising and sale of bogus “patent medicines” nationwide. There were, however, loopholes in the act; a notorious example was Carter’s Little Liver Pills, said to cure headache, constipation, and various liverish and alimentary conditions. Not until 1959 was the Federal Trade Commission able to order the removal of “liver” from the label as a deceptive term, for Carter’s Little Pills were a laxative, but no more than that.

There were (many) other nostrums that escaped the law. An Oregon example was something called kelp ore, a substance that was dug from the ground near Cloverdale on the Oregon Coast. It was advertised and sold as “the foe of old age and disease,” a product that would treat “stomach, nerve, and blood disorders; also rheumatism and neuritis.” And much more. Administered in baths and as a beverage, it was also sold as a salve “for cuts, burns, galls, etc.”

Norwegian-born Hans H. Brooten “discovered” “kelp ore beds” on his property overlooking Nestucca Bay in 1904. Brooten’s Kelp Ore Company appeared as early as 1910, and the Brooten Kelp Ore baths near Cloverdale were advertising by 1922. Brooten’s operation continued through the 1920s, and he died at “his sanitarium” in 1933. While there were a few imitators on the West Coast, Brooten’s kelp ore was a very localized product. It was also the veriest nonsense and utter snake oil. Fortunately, kelp ore’s impact on the general health and welfare was exceeding small.*

America is now enduring a great onslaught of information, misinformation, new research, old lies, rampant posturing, reasoned exhortation, officialized drivel, and impassioned pleading as we face a public health crisis. It is sobering to look back, to the very recent past, and see just how bumpy and potholed the road has been. Still, really, do we want to reject the idea that government, in particular the federal government, has any role in the health and well-being of its citizens? Is that what “freedom” is all about? Really? 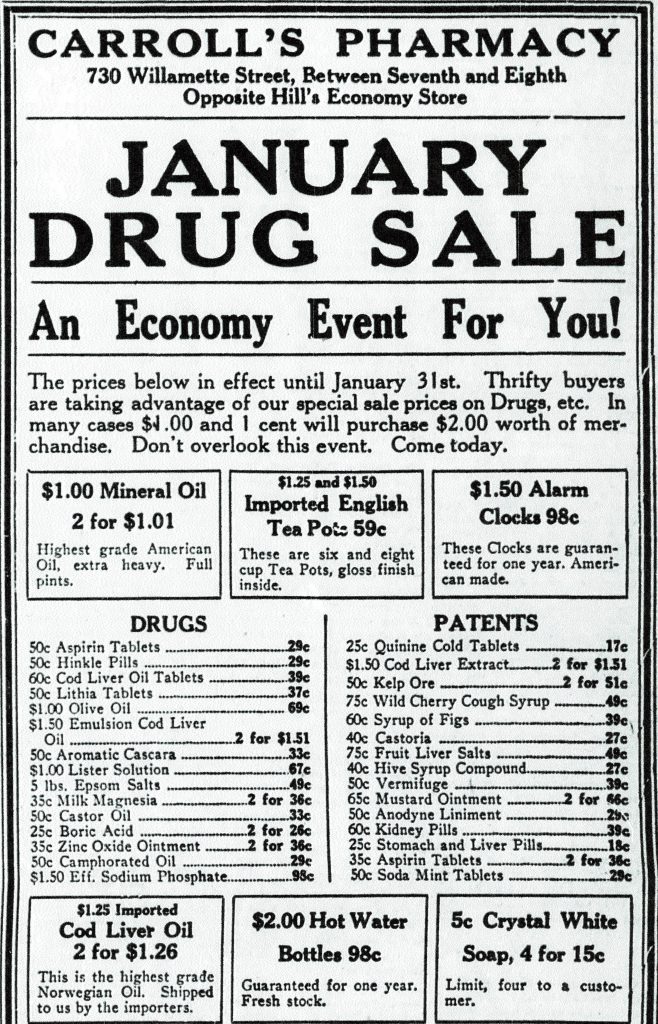 *If kelp ore intrigues you, note that a Brooten descendant keeps the flame alive on Facebook.